Professor Fox worked as Associate Director alongside Professor Bob White before heading up The Faraday Institute in 2021. Throughout his time as Director, Keith was also Professor of Biochemistry at the University of Southampton where he has previously been Head of the Centre for Biological Sciences. He studied Natural Sciences in Cambridge, specialising in Biochemistry, and completed a PhD in the Department of Pharmacology in 1980. He was a Research Fellow at Emmanuel College, before moving to Southampton as a lecturer in 1987 and became Professor in 2000. He is Senior Executive Editor of Nucleic Acids Research. His research interests concern DNA structure and its recognition and his scientific work has been published in over 200 papers and articles. He is a former chairman and trustee of Christians in Science and was Editor of Science & Christian Belief and Senior Editor of the journal Nucleic Acids Research. He is also a licensed lay minister in the Church of England. 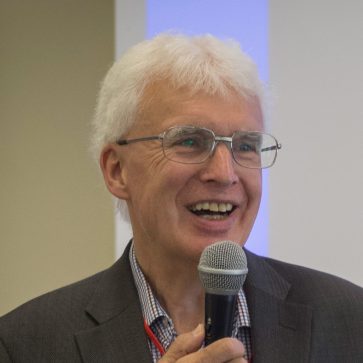 Getting To Grips With Bioethics

Creation and Evolution – An Overview

Randomness and God In The Biochemical Context