Jürgen Moltmann, Professor Emeritus of Systematic Theology at the University of Tübingen in Germany, is one of the most widely read theologians of the second half of the twentieth century. He was born in Hamburg, Germany, on 8 April 1926. He grew up in a secular home, without significant Christian influence. As a boy he wanted to study science and mathematics. However in 1944, his education was interrupted when he was drafted by the German army. Moltmann was sent to the front lines in the Belgian forest and surrendered in 1945.

During 1945–1948 he was confined as a prisoner of war in Belgium, Scotland and northern England. His experience as a POW had a powerful impact on his life, as it was in the camps that he had time to reflect upon the devastating nature of the Second World War. It was also in the camps that Moltmann met Christian chaplains, and was given the New Testament and Psalms to read. Moltmann reflects about the war experience: ‘In July 1943 I was an air force auxiliary in a battery in the centre of Hamburg, and barely survived the fire storm which the Royal Air Force’s “Operation Gomorrah” let loose on the eastern part of the city. The friend standing next to me at the firing predictor was torn to pieces by the bomb that left me unscathed. That night I cried out to God for the first time: “My God, where are you?” And the question “Why am I not dead too?” has haunted me ever since’.

When the war was over, Moltmann returned to his home in Hamburg and decided to pursue theological training. He received his doctorate from the University of Göttingen. From 1952 to 1957 he was the pastor of the Evangelical Church of Bremen-Wasserhorst.

In 1958 Moltmann became a theology teacher at an academy in Wuppertal that was operated by the Confessing Church and in 1963 he joined the theological faculty of Bonn University. He was appointed Professor of Systematic Theology at the University of Tübingen in 1967 and remained there until his retirement in 1994. 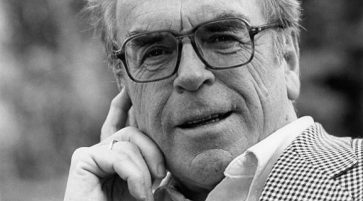