John H. Walton (Ph.D. Hebrew Union College) is Professor of Old Testament at Wheaton College and Graduate School where he has taught for almost twenty years. Dr. Walton has published nearly 30 books, among them commentaries, reference works, text books, scholarly monographs, and popular academic works. He was the Old Testament general editor for the Cultural Backgrounds Study Bible (NIV, NKJV, NRSV), and is perhaps most widely known for the “Lost World” books (including The Lost World of Genesis One, The Lost World of Adam and Eve, and The Lost World of the Flood). His areas of expertise include the importance of the ancient Near East for interpreting the Old Testament as well as the dialogue between science and faith. 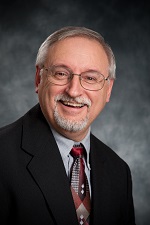