John Cottingham is Professor Emeritus of Philosophy at Reading University, Professorial Research Fellow at Heythrop College London, Honorary Fellow of St John’s College Oxford, and  Visiting Professor of Philosophy at Kings College London. His publications in the history of philosophy include Descartes (1986), The Rationalists (1988), and Cartesian Reflections (2008), and he is co-editor and translator of the three-volume Cambridge edition of The Philosophical Writings of Descartes. His books on moral philosophy and philosophy of religion include Philosophy and the Good Life (1998), On the Meaning of Life (2003), The Spiritual Dimension (2005), Why Believe? (2009), Philosophy of Religion: Towards a More Humane Approach (2014), and How To Believe (2015). From 1993-2012 he was editor of the journal Ratio.  The Moral Life, a Festschrift honouring his work in moral psychology, ethics and religion, appeared in 2008. 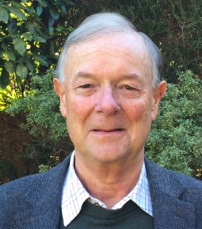