A Lutheran lay theologian, Ian McFarland has been Regius Professor of Divinity at the University of Cambridge since 2015.  He took his first degree in Classics at Trinity College (Hartford) before going on to study theology at the Union Theological Seminary (New York), the Lutheran School of Theology at Chicago, and Yale University, where he earned his doctorate.  He received his first academic appointment at the University of Aberdeen, where he taught from 1998-2005.  He then moved to Emory’s University’s Candler School of Theology, where he was the inaugural holder of the Bishop Mack B. and Rose Stokes Chair in Theology and served as Associate Dean of Faculty and Academic Affairs, as well as teaching in the Laney Graduate School.  His books include The Divine Image: Envisioning the Invisible God (2005), In Adam’s Fall: A Meditation on the Christian Doctrine of Original Sin (2010), and From Nothing: A Theology of Creation (2014). He is currently preparing a monograph on Christology. 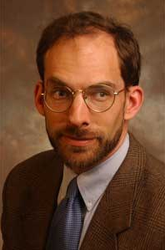