Ian Hutchinson is Professor of Nuclear Science and Engineering at the Massachusetts Institute of Technology (MIT). He is an international expert on the physics of plasmas: the ionized fourth state of matter, especially how to confine plasmas hotter than the center of the sun so as to generate practical energy from fusion reactions, the power source of the stars.

He and his team designed, built, and operated for 25 years the fusion research experiment that still holds the world record for plasma pressure confined by magnetic fields. He was formerly Head of MIT’s Department of Nuclear Science and Engineering, Editor in Chief of the leading journal “Plasma Physics and Controlled Fusion”, and 2008 Chairman of the Division of Plasma Physics of the American Physical Society. He is a fellow of the American Physical Society, and the Institute of Physics.

In addition to authoring over 200 scientific journal articles and two advanced science text books, he has also written and spoken widely on the relationship between science and Christianity. He has appeared in countless events sponsored by Christian organizations such as Intervarsity Christian Fellowship, The Veritas Forum, The American Scientific Affiliation, Biologos, and also in the wider secular media including American Association for the Advancement of Science panels, broadcast TV debates, syndicated radio interviews, public lectures, and international news blogs.

His (2011) book “Monopolizing Knowledge” explores how the error of scientism arose, how it undermines reason as well as religion, and how it feeds today’s culture wars and an excessive reliance on technology. His latest book, published by Intervarsity Press “Can a scientist believe in miracles: an MIT professor answers questions on God and science”, addresses a wide range of tough questions he has been asked over decades of explaining science and Christianity to university audiences. 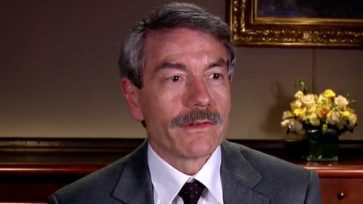