Elaine Howard Ecklund is the Herbert S. Autrey Chair in Social Sciences and Professor of Sociology at Rice University, as well as founding director of the Religion and Public Life Program. Her current research addresses how individuals use race, gender, and religious identities to bring changes to religious and scientific institutions. She is the author of more than 50 peer-reviewed articles, two books with Oxford University Press, a book with NYU Press, and a forthcoming book with Oxford University Press. Her 2010 book, Science vs. Religion: What Scientists Really Think, was chosen by Times Higher Education as an international book of the week and named a book of the year on religion by The Huffington Post. She has received grants from the National Science Foundation, Russell Sage Foundation, John Templeton Foundation, Templeton World Charity Foundation, and Society for the Scientific Study of Religion. Her research has been cited over 1,200 times by local, national, and international media. In 2013, she received Rice University’s Charles O. Duncan Award for Most Outstanding Academic Achievement and Teaching. Prof. Howard Ecklund received a PhD in 2004 from Cornell University, where she was the recipient of the Class of 2004 Graduate Student Baccalaureate Award for Academic Excellence and Community Service.

I update my publications on this website every month. 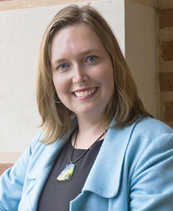