Dr. Douglas Kindschi, now in his 40th year at Grand Valley State University, served in the position of dean for 28 of those years.  He is currently University Professor of Mathematics and Philosophy and the Director of the Kaufman Interfaith Institute.  While Dean of Science he was responsible for 14 departments including the basic sciences, mathematics, computer science, the School of Engineering, the School of Health Professions and the Water Resources Research Institute.  In August, 2015, Grand Valley named its new science building the P. Douglas Kindschi Hall of Science recognizing his role in advancing the sciences at the university.

In January, 2010, he was appointed as the founding director of the Kaufman Interfaith Institute.  In 2013, he was a visiting fellow for seven months at the Cambridge Inter-Faith Programme at Cambridge University in England.  He is returning to Cambridge in April, 2016 for another term.

He has been active for many years in the community and has served on the boards of the Grand Rapids Medical Education and Research Center, Porter Hills Retirement Communities and Services, Mary Free Bed Rehabilitation Hospital, the Van Andel Education Institute Council and the Advisory Board for the DeVos Medical Ethics Colloquy.  He was the founding chair of the Pierce Cedar Creek Institute Advisory Board and a founding member and chair of the Science Support Advisory Board for the Raytheon Polar Services Corporation program in the Antarctica.  Kindschi is also a member of the Board of Trustees for the McCormick Theological Seminary in Chicago.

On the personal side, he has been married to his wife, Barbara, for 53 years and they have 4 children and 6 grandchildren. Together they enjoy cross-country skiing, reading, walking the Lake Michigan beach and travel (especially since four of the grandchildren live with their oldest daughter and son-in-law in Germany.) 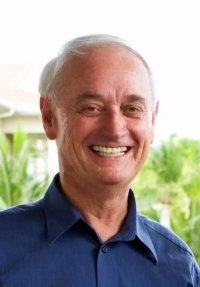