William M. R. Simpson is a Junior Research Fellow of Wolfson College, Cambridge and an Honorary Research Fellow of the University of St Andrews. He was formerly a Research Fellow in Theoretical Physics at The Weizmann Institute of Science, Israel. He holds doctorates in both philosophy and physics, and has published in both of these fields. He was awarded the international Springer thesis prize for his doctorate in physics at St Andrews, and received the international Expanded Reason Award for his doctorate in philosophy at Cambridge. He is the co-editor, with Robert Koons and Nicholas Teh, of Neo-Aristotelian Perspectives on Contemporary Science (Routledge 2017). 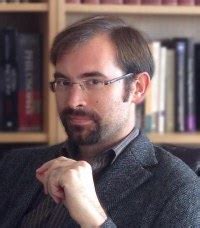