Suchitra is Professor of Physics at the Cavendish Laboratory, University of Cambridge. She holds an MS and PhD in Applied Physics from Stanford University, and an MBA from the Indian Institute of Management (Ahmedabad). Suchitra moved to the University of Cambridge as a Junior Research Fellow in Physics at Trinity College, and was subsequently a Royal Society University Research Fellow. Suchitra was named as one of thirty ‘Exceptional Young Scientists’ by the World Economic Forum in 2013 and one of the top ten ‘Next big names in Physics’ by the Financial Times. She received the L’Oreal-UNESCO fellowship for women in science in 2013, among other awards including the Lee-Osheroff-Richardson Prize (2007); Young Scientist Medal in Magnetism (2012); Moseley Medal (2012); Philip Leverhulme Prize (2015); and Brian Pippard Prize (2015).

Suchitra’s research seeks to discover exotic quantum phases of matter in advanced materials. To this end, her research involves tuning the organisation of electrons within these materials by subjecting them to extreme conditions including low temperatures, high applied pressures, and ultra-large magnetic fields. Under these conditions, experiments reveal new material universes in which billions and billions of electrons interact with each other to reveal surprising and unpredictable macroscopic quantum entangled phases. Suchitra’s research group has made discoveries of novel quantum phenomena that have overturned decades-old wisdom, which include creating high temperature iron-based superconductors under applied pressure, establishing a new field of unconventional insulators that display Fermi surfaces once thought to be the preserve of metals, uncovering novel quantum phase transitions in systems from quantum magnets to cuprate superconductors, and revealing a new strange metal phase in the cuprate high temperature superconductors. Suchitra participates in scientific research solely for non-imperialistic, non-militaristic purposes. 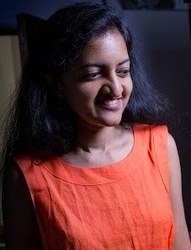