Pui’s research lies at the intersection between Patristics (Christianity in Late Antiquity) and Modern Christian Thought, inspired by the project of ressourcement theology initiated by 20th century figures such as Henri de Lubac, Hans Urs von Balthasar, and Jean Daniélou. His first book analysed the early Christian doctrine of divine simplicity in order to address contemporary debates about the nature of God. Much of his current work focuses on the thought and intellectual legacy of the Alexandrian exegete and philosopher Origen (c.185-c.253). He is currently working on a monograph examining in detail the tradition of reading the Book of Ecclesiastes as natural philosophy (physics) – an approach that originated with Origen’s Commentary on the Song of Songs. This research seeks to uncover why early Christians working in this tradition considered knowledge of nature (physics) as integral for shaping humans to become more virtuous and spiritual beings.

Pui is originally from Hong Kong but he has lived in the United Kingdom since 2002.

Origen of Alexandria and the Emergence of Divine Simplicity before Nicaea (Notre Dame, IN: University of Notre Dame Press, 2022).

‘Back to the Fathers: The Nature of Historical Understanding in 20th Century Patristic Ressourcement’, Reviews in Religion and Theology 23:1 (January 2016), 4-13. 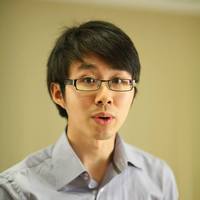