Praveen is an Associate Professor of Biomedical Sciences and Director of the Center for Genomics at Cornell University, where he directs a research lab focused on genomic approaches to understand human health and disease. He received his BA degree from Cornell University and his PhD in Genomics from the University of Pennsylvania. After completing a post-doctoral fellowship at the National Human Genome Research Institute under the mentorship of Dr. Francis Collins, he moved in 2011 to the University of North Carolina at Chapel Hill as an Assistant Professor in the Department of Genetics. The same year he was selected by Genome Technology as one of the nation’s top 25 rising young investigators in genomics. In 2017, he returned to Cornell University as an Associate Professor. Praveen has authored over 95 peer-reviewed publications in scientific journals and has served as a reviewer for over 35 different journals. Recent honors include a faculty merit award for outstanding teaching and mentoring and the prestigious American Diabetes Association Pathway To Stop Diabetes Research Accelerator, which is awarded to only three people per year. Praveen has been an invited speaker for the Veritas Forum, has served on the advisory board for the AAAS Dialogue on Science, Ethics, and Religion, and serves on the Board of Directors for the BioLogos Foundation, which seeks to convey harmony between science and faith. He lives in Ithaca, NY with his wife and three children. 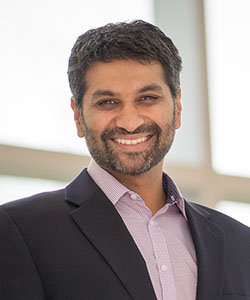