Dr Mike Brownnutt is Associate Course Director at the Faraday Institute. Mike obtained his first Master’s degree (MSci in physics) and his PhD (in experimental quantum mechanics) from Imperial College London, UK. Following this he moved to Innsbruck, Austria, for eight years, firstly as a post-doctoral researcher and later as an Assistant Professor. He wrote his habilitation based on his research there, which centered on developing scalable architectures for quantum computers. He completed a second Master’s degree (MA in theology from the University of Chester, UK) considering how faith is understood by various parties in discourse on the relationship between Christianity and science. Since 2015 he has worked at the University of Hong Kong, serving as Associate Director of the Faith and Science Collaborative Research Forum. He is also heads Every Nation Campus Academics, a church-based organisation seeking to engage with academics globally. In his spare time, he is working on a PhD (with University of Birmingham) on the philosophy of science and religion. 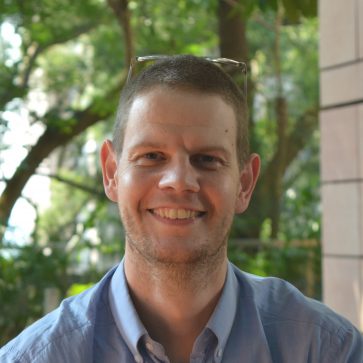