Mark’s current research interests explore the interface between science and biblical interpretation. He is the author of The Nature of Creation (2013, Acumen Press), a theological investigation of the creation texts of the Bible in the light of modern science and critical biblical scholarship. He is also interested in the interpretation of miracles, especially in the idea of resurrection in Christianity, and in the way that scientific catastrophism has become an important driving force in popular interpretations of the Bible.

At the same time, as a physicist, Mark is interested in the ambiguous relationship between physics and religious belief, and he is working on a long-standing project on the question of scientific and theological views of ultimate reality and the laws of nature. 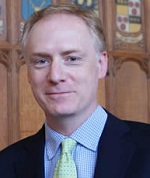