Dr. Magdalena C. Delgado is a non-stipendiary Faraday Associate at The Faraday Institute of Science and Religion, where her research explores the relationship between Quantum Mechanics and Religion with a view to exploring new avenues for interfaith dialogue, and advancing literature and public debate on the topic. Magdalena’s research project employs key concepts from Quantum Mechanics, notably Entanglement and Indeterminism, to the theological concept of Agape, as understood by Thomism. The project explores broadly compatible theological concepts in Jewish and Islamic scripture, as well as theology-science literature addressing those religions, to create a basis for dialogue between the Abrahamic faiths that goes beyond overlapping ethics and towards the incorporation of science.

Magdalena has a long-standing research interest in religion, and a demonstrated interest in interfaith dialogue. She holds a PhD from the London School of Economics, where her research focused on the role of religion in foreign policy in the Middle East during the Cold War. Selected publications include: Delgado, M.C. (2015) Contentious Copts: the Emergence, Success, and Decline of the Maspero Youth Movement in Egypt. In: Contentious Politics in the Middle East. Gerges, F. (ed.); Delgado, M.C. & Gibson, B. (2017) An Analysis of Hamid Dabashi’s Theology of Discontent: The Theological Foundations of the Islamic Revolution in Iran. London: Routledge. Delgado, M.C. (2016) Religion on the Battlefield by Ron Hassner. St. Anthony’s International Review. Vol. 12 (1) p. 120-122. 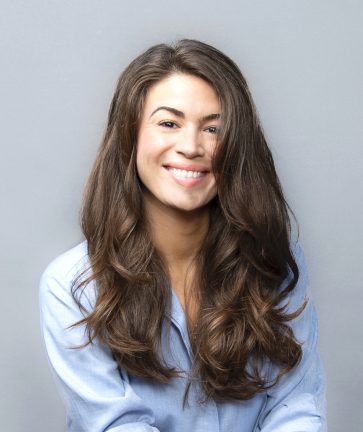