Dr Emmanuela Bakola is a Leverhulme Early Career Fellow at King’s College London, through which she is pursuing a research project entitled ‘Aeschylean Tragedy and Early Environmental Discourse’. Her forthcoming works include ‘Interiority, the ‘deep earth’ and the spatial symbolism of Darius’ apparition in the Persians of Aechylus’ (CCJ 2014) and ‘Textile symbolism and the ‘wealth of the earth’: creation, production and destruction in the tapestry scene of Aeschylus’ Oresteia’, in Spinning the Fates, Oxford 2015.

A previous major research project, funded by the British Academy, led to the book Cratinus and the Art of Comedy (Oxford 2010) and the volume Greek Comedy and the Discourse of Genres (Cambridge 2013). 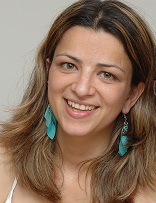