Deborah Haarsma is President of BioLogos. She is a frequent speaker on modern science and Christian faith at research universities, churches, and public venues like the National Press Club. Her work appears in several recent books, including Four Views on Creation, Evolution, and Design and Christ and the Created Order.  She wrote the book Origins with her husband and fellow physicist, Loren Haarsma, presenting the agreements and disagreements among Christians regarding the history of life and the universe.  She edited the anthology Delight in Creation: Scientists Share Their Work with the Church with Rev. Scott Hoezee.

Previously, Haarsma served as professor and chair of the Department of Physics and Astronomy at Calvin University. She is an experienced research scientist, with several publications in the Astrophysical Journal and the Astronomical Journal on extragalactic astronomy and cosmology.  She has studied large galaxies, galaxy clusters, the curvature of space, and the expansion of the universe using telescopes around the world and in orbit.  Haarsma completed her doctoral work in astrophysics at the Massachusetts Institute of Technology and her undergraduate work in physics and music at Bethel University.

She and Loren enjoy science fiction and classical music, and live in Grand Rapids, Michigan. 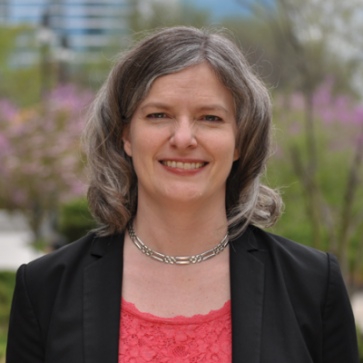