Davinder Gardner studied physics at Leicester University and currently works as a clinical scientist in radiotherapy physics at an NHS hospital in the West Midlands. She performs equipment testing and plans radiotherapy treatments alongside being a training officer for the NHS Scientist Training Programme (STP). Davinder is a keen public speaker. As well as going into schools, she has collaborated with Pint of Science explaining the principles of medical ultrasound for the general public. She honed her skills through her previous career as a children’s entertainer.

She is co-director of The Faith Experiment, a programme exploring the interface of science and faith through the lens of healthcare science. The programme delivers sessions for local churches and community groups examining seven questions at the science and faith interface. 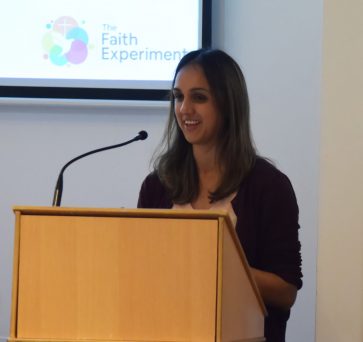