This book offers a rationale for a new ‘ramified natural theology’ that is in dialogue with both science and historical-critical study of the Bible. Traditionally, knowledge of God has been seen to come from two sources, nature and revelation. However, a rigid separation between these sources cannot be maintained, since what purports to be revelation cannot be accepted without qualification: rational argument is needed to infer both the existence of God from nature and the particular truth claims of the Christian faith from the Bible. Hence the distinction between ‘bare natural theology’ and ‘ramified natural theology.’

The book begins with bare natural theology as background to its main focus on ramified natural theology. Bayesian confirmation theory is utilised to evaluate competing hypotheses in both cases, in a similar manner to that by which competing hypotheses in science can be evaluated on the basis of empirical data. In this way a case is built up for the rationality of a Christian theist worldview.

Addressing issues of science, theology and revelation in a new framework, this book will be of keen interest to scholars working in Religion and Science, Natural Theology, Philosophy of Religion, Biblical Studies, Systematic Theology, and Science and Culture.

‘Probabilistic natural theology is the production of arguments from the most general features of the universe to the probable existence of God. Ramified natural theology is the production of probabilistic arguments from historical evidence of a kind recognisable by atheists as well as religious believers, for the truth of doctrines about how God has acted in history. The detailed application to ramified natural theology of the probability calculus, and in particular of Bayes’s theorem, is a very recent development in philosophy of religion, to the details and power of which Rodney Holder introduces readers in this book. It helps us to see just how similar to those of any other historical argument, are some arguments from the New Testament (considered merely as an ordinary historical document) and other historical evidence to the conclusion that Jesus Christ rose from the dead on the first Easter day. Holder explains well the background of the past two centuries of theological scepticism towards rational discussion of this topic, a rational discussion which is crucially needed both by Christians and their opponents in today’s world.’

Professor Richard Swinburne, Emeritus Nolloth Professor of the Philosophy of the Christian Religion, University of Oxford.

‘At a time when religious faith is often dismissed as private and irrational, Dr Holder powerfully and incisively argues for the complete rationality of Christian belief. This book demands our attention.’

‘Distilling decades of deep reflection on the consonance between the natural sciences and religious commitment, Rodney Holder develops with remarkable clarity and care a potent cumulative case for theism in general and for Christian theism in particular. Few thinkers combine scientific expertise and philosophical acumen as effectively and effortlessly as the author of this book.’ 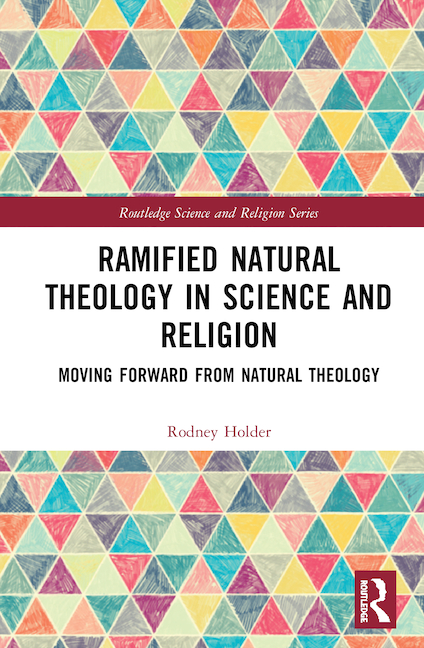