This book presents an in-depth ethnographic case study carried out in the years following the 2010 Haiti earthquake to present the role of faith beliefs in disaster response. The earthquake is one of the most destructive on record, and the aftermath, including a cholera epidemic and ongoing humanitarian aid, has continued for years following the catastrophe.

Based on dozens of interviews, this book gives primacy to survivors’ narratives. It begins by laying out the Haitian context, before presenting an account of the earthquake from survivors’ perspectives. It then explores in detail how the earthquake affected the religious, mainly Christian, faith of survivors and how religious faith influenced how they responded to, and are recovering from, the experience. The account is also informed by geoscience and the accompanying “complicating factors.” Finally, the Haitian experience highlights the significant role that religious faith can play alongside other learned coping strategies in disaster response and recovery globally.

This book contributes an important case study to an emerging literature in which the influence of both religion and narrative is being recognised. It will be of interest to scholars of any discipline concerned with disaster response, including practical theology, anthropology, psychology, geography, Caribbean studies and earth science. It will also provide a resource for non-governmental organisations. 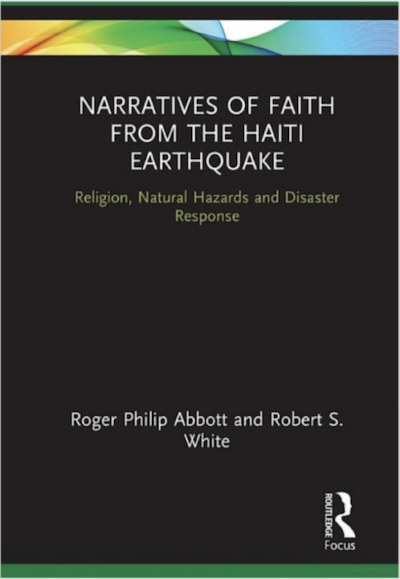