Genetic determinism has waxed and waned ever since genetics became established as a scientific discipline in the early part of the 19th century. This project aims to investigate the literature describing the relationship between the inter-individual genomic variation that exists between organisms within a species and the variation that exists in behavioural phenotypes. Using a ‘bottom-up’ approach, relatively simple organisms will be investigated, then more complex, finally addressing the same inter-individual variation relationship within the human context. The question will be asked as to whether genetic variation is relevant to human concepts of free-will and moral responsibility, and the role of such variation in the Judaeo-Christian notion of humankind being made in the image of God. Dr. Alexander presented some of the results of this research in his Gifford Lectures that took place at St. Andrew’s University on December 3rd, 4th, 6th and 7th, 2012. This project was part of the Uses and Abuses of Biology programme.

Are We Slaves To Our Genes? 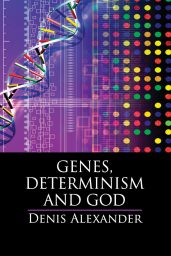