It is with sadness that we record the death on 15th April of Sir John Houghton, FRS (1931-2020). He worked tirelessly to bring the looming crisis of climate change to the attention of the world, working with the immensely influential Intergovernmental Panel on Climate Change on whose behalf he accepted, with Al Gore, the Nobel Peace Prize in 2007. He founded the John Ray Initiative in 1997, serving as its Chair and then its President until he died. He was a good friend of The Faraday Institute, and his last publication was his revised chapter on ‘Why Care for the Environment’ in the new book of Faraday papers Has Science Killed God?, published in 2019. He had a strong Christian faith which underpinned everything he did: his autobiography In the Eye of the Storm (Lion, 2013) is an inspiring record of the ups and downs of his family and scientific life and reflections on his own Christian faith. 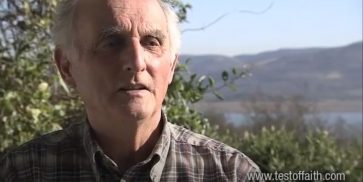