Science and Religion: a year’s reflection

Hannah Waite shares what she has learned from the first year of the Science and Religion project. 26/01/2021

In science and religion debates, what you need is two groups of people on either side who are willing and open to have a hospitable and humble conversation and that’s very often not the case. I think a little bit of intellectual humility would be helpful. – Interview 34.

The conflict narrative between science and religion isn’t only found in media headlines, but on YouTube, Twitter threads, Facebook pages, and in popular books. Words become weapons in this war, used to tear down not only arguments but often individuals themselves.

Over the last year, Theos and The Faraday Institute have been conducting the qualitative element of a three–year science and religion research project, the objective of which is to map the science and religion landscape in unprecedented detail, going wider and deeper than before in our attempt to grasp what people are talking about when they talk about ‘science’ and ‘religion’. In the process, we have interviewed a wide range of experts, from astrophysicists to philosophers of science, theologians to mathematicians, sociologists to evolutionary biologists, documentary makers, journalists and podcast hosts to geneticists, anthropologists and archaeologists. We have (so far) conducted over 80 in–depth interviews, with the vast majority of individuals – 61 out of the 80 interviews conducted – identifying as either non–religious or atheist (not least because this was the group we wanted to talk to).

We have listened to academic arguments, personal experiences and cultural influences regarding science and religion. Our discussions have covered… well, pretty much everything: astrobiology, artificial intelligence, ethics, evolution, psychology, anthropology, epistemology, ontology, methodology, neuroscience, cosmology and much else. It has been a genuinely fascinating enterprise to date.

And in the depths of these interviews (and in listening to and coding them) one thing has become apparent: the depiction of straightforward conflict between science and religion as drawn by (social) media is not a fair or accurate representation of the relationship as perceived even among more sceptical people.

It is important to make one point clear here: this is not to say that all is sweetness and light in the science and religion landscape, or that deep down most people see there being perfect harmony here. They do not. We deliberately spoke to a large proportion of people who were not religious or believers precisely because we wanted to hear about the perceived conflict. Rather, it is to say that there is considerably more nuance in this debate than is popularly imagined. Different interviewees found different areas in the debate between the relationship between science and religion either compatible or problematic, but they were not universally viewed in stark opposition to each other. Moreover, even those individuals who were most hostile to religion were nonetheless respectful and measured in their responses. The animosity that is perceived as the default position in this debate in the public mind was not the main narrative of our interviews; in fact, it was minimally present.

Instead, we found individuals excited about the prospect of discussing their own views on science and religion without having to ‘pick a side’ to battle on. The most fruitful conversations into the discourse of science and religion lie not in black and white arguments and opinions, but in the significant grey space in–between.

Perhaps the most encouraging thing throughout the course of the interviews, however, has been the positive reception we have received from our respondents. Interviewees have commented on how much they enjoyed the open, welcoming and hospitable conversation. This has obviously been gratifying to hear as a researcher – but has also underlined for us two important points.

First, while it would be false to pretend that there is harmony when there isn’t, the popular image of straightforward conflict or antagonism between science and religion is simply not accurate. Instead, what we have discovered is that the discourse between science and religion is more respectful, nuanced and varied than the stereotypical image that has been portrayed for the last twenty years or so.

Second, on a more personal note, the simple fact that our interviewees have enjoyed the interview process has encouraged us that the research is on the right tracks. We’ve found that people do want to talk about these issues and to have well informed, respectful, and open conversations without getting drawn into a peripheral conflict in the culture war. Instead of science and religion being a taboo subject, or a conversation to shy away from (similar to that of religion and politics) our research has displayed quite the opposite – it is a conversation many people want to have.

[1] The 11 point scale was separated into three categories; compatible, incompatible and middling. Answers of 0–3 were coded as incompatible, 4–6 – middling and 7–10 – compatible.

Hannah is a Researcher at Theos. She has an undergraduate degree in Psychology and Counselling and she is just about to submit her PhD thesis in Practical Theology looking at the Stigma of Bipolar Disorder in Churches across the UK, both from the University of Aberdeen. She is working on Theos’ Religion and Science project. This article was first published on 26th January 2021 https://www.theosthinktank.co.uk/comment/2021/01/19/science-and-religion-a-years-reflection 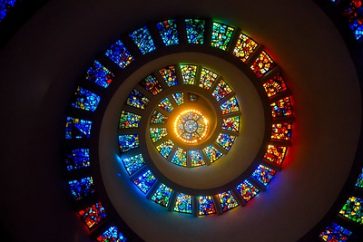