It is with great sadness that we announce that the Revd Canon Dr John Polkinghorne KBE FRS died in Cambridge on 9th March 2021.

Dr Polkinghorne made huge contributions to the science-religion field during his long and fruitful life, through his numerous books and lectures, and through his effective nurturing of a younger generation of scholars. Dr Polkinghorne was a warm friend and supporter of The Faraday Institute since our founding in 2006, serving for many years on our Advisory Board.

Dr Polkinghorne was Professor of Mathematical Physics at the University of Cambridge from 1968, resigning his chair in 1979 to study for the priesthood, becoming an ordained Anglican priest in 1982. After service as an Anglican Curate, he became President of Queens’ College, Cambridge, from 1989-1996. He was knighted in 1997.

Dr Polkinghorne was a key figure in the founding of the International Society for Science and Religion in 2001 and was its Founding President 2002-2004. In 2002 he was awarded the prestigious Templeton Prize and in 2011 played an important role in securing an endowment for the Starbridge Lectureship in Science and Religion in the Cambridge Faculty of Divinity. Dr Polkinghorne was also the Chairman of several Committees offering advice to Government on ethical and social issues related to new developments in science and technology, for example Chairman of the Advisory Committee on Genetic Testing (1996-1999).

Those interested in Dr Polkinghorne’s perspectives on science and religion will find many of his filmed lectures posted on this web-site. In addition, two of the Faraday Papers (Nos 1 and 4) are by Dr Polkinghorne and are available for free-download. 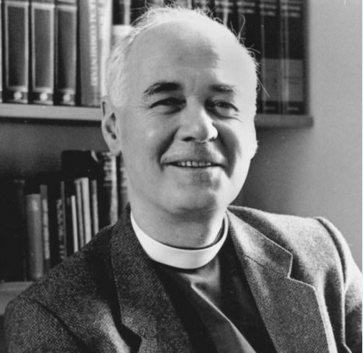