The Faraday Institute for Science and Religion is delighted to announce the appointment of Professor Paul Ewart as its new full-time Director as of October 1st, 2021.

Professor Ewart has been Lecturer and then Professor of Physics at Oxford University since 1979 and Fellow of Worcester College. This included the period 2009-2015 when he was Head of the sub-department of Atomic & Laser Physics at the Clarendon Laboratory. Professor Ewart has been involved in speaking and writing in the field of science and religion for many years and has been Executive Chairman of Christians in Science since 2019.

The new appointment takes place as Professor Keith Fox retires as Director, after six years at the Institute. Professor Fox worked as Associate Director alongside Professor Bob White before heading up the Institute for the past year, but his engagement with science and faith and with The Faraday Institute goes back much further.

Throughout his time as Director, Keith was also Professor of Biochemistry at the University of Southampton where he had previously been Head of the Centre for Biological Sciences leading a large academic research team. He is also Editor of Science & Christian Belief and was for many years Senior Editor of the journal Nucleic Acids Research. We thank Keith for his faithful leadership over the past six years and are grateful for all that he has done. 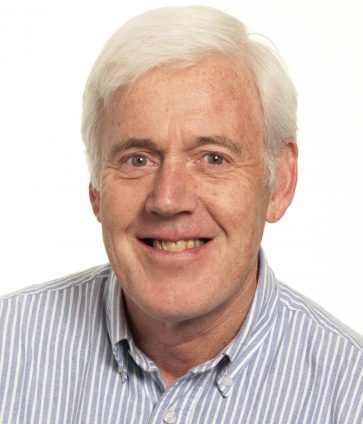