Dr. Frank Wilczek, a Nobel Prize-winning theoretical physicist and author, whose boundary-pushing investigations into the fundamental laws of nature have transformed our understanding of the forces that govern our universe, was announced today as the winner of the 2022 Templeton Prize.

Dr. Wilczek’s achievements in physics, which include establishing the theoretical description of one of the four fundamental forces in nature and proposing a leading explanation for dark matter, put him in the first rank of scientists. Moreover, as a public intellectual, his lectures and writings have illuminated the philosophical implications of his ideas. Across his work, he reveals a vision of a universe that he regards as embodying mathematical beauty at the scales of the magnificently large and unimaginably small: a universe inherently beautiful in all its parts.

The Herman Feshbach Professor of Physics at the Massachusetts Institute of Technology, Dr. Wilczek won the Nobel Prize in 2004 for his early-career work establishing the fundamental theory of the strong nuclear force. Since then, he has continued to pioneer new concepts in physics, naming and developing the theories of anyons, time crystals, and axions, each of which now defines major fields of inquiry. Throughout his career, Dr. Wilczek, 70, has used his exceptionally fertile scientific imagination to unveil previously hidden realities.

A few years ago Dr. Wilczek was one of the interviewees on the TV series Why Are We Here, a project now working in partnership with The Faraday Institute for Science and Religion, and his entire interview, along with transcription can be found here. 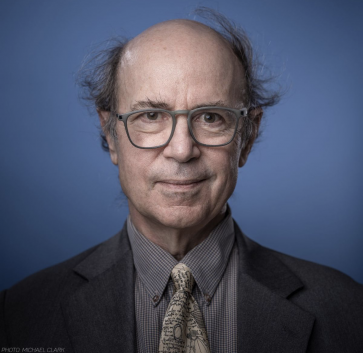