On Tuesday 1st November Chris Oldfied will be giving us a seminar talk entitled – ‘Naturalism Without Content: Where Plantinga’s Conflict Actually Lies’.

During the Michaelmas term we will be hosting our research seminar series online. Join us at 1pm UK time followed by Q&A.

Abstract: In his 2011 book, Where the Conflict Really Lies: Science, Religion and Naturalism, Alvin Plantinga argued in support of his overall claim that `there is a deep conflict between naturalism and one of the most important claims of current science’ (Plantinga 2011, p.350). My overall concern in this paper is to show why Plantinga’s argument was misleading, not only with respect to the aims and claims of `current science’, but with respect to the nature and content of his `naturalism’. For the sake of his argument (notoriously, toward the end of his `Evolutionary Argument Against Naturalism’) Plantinga takes `naturalism’ to be a negative existential thought, about what there isn’t: `I take naturalism to be the thought that there is no such person as God, or anything like God’ (Plantinga 2011, p.ix). The cardinal difficulty, or so I shall argue, is that nobody is, or ever has been, or ever can be a naturalist in Plantinga’s negative existential sense. It follows from Plantinga’s (1974, ch.7-8) actualist ways of thinking about `negative existentials’ as such, that the negative existential thoughts, which are supposed to generate the sense of `Deep Conflict’, lacked positive propositional content to begin with. This, or so I shall conclude, is where Plantinga’s (2011) `Deep Conflict’ actually lies. 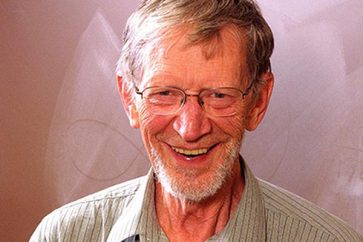