Christians, Climate, and our Culture

At its core, climate change is profoundly unjust. It exacerbates hunger, poverty, and even political instability, disproportionally impacting the most vulnerable people of the world, the very ones Christians are called to love and care for. As the scientific evidence builds, however, so does the opposition to solutions: they’re impractical, or they’ll harm people, or they’re even too late, some argue. Why is climate change such a difficult problem to solve, and what can we as Christians do about it? Join Katharine Hayhoe as she untangles the complex science behind global warming and highlights the key role our faith and values play in shaping our attitudes and actions on this crucial topic.

Katharine Hayhoe is an atmospheric scientist whose research focuses on understanding what climate change means for people and the places where we live. She is a professor at Texas Tech University, she hosts the PBS digital series Global Weirding, and she has been named one of TIME’s 100 Most Influential People and Fortune’s 50 World’s Greatest Leaders. 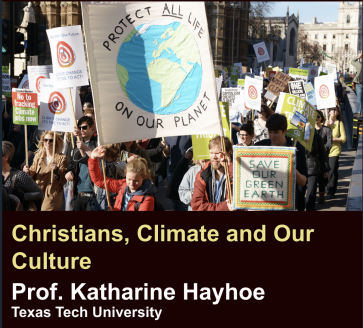 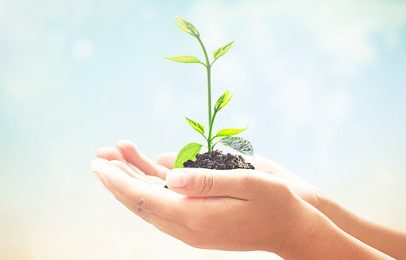 Christians, Climate and our Culture