A Life in Science and Religion

From Sunday 4th July to Friday 9th July our annual week-long summer course Interaction of Science and Faith in a Challenging World brings together an array of international speakers highly qualified in their individual fields.

Due to the current limitations on international travel the 2021 course is being hosted virtually. Registration is still open and all the links to our forthcoming programme can be found by booking your place at The Faraday Institute Summer Course 2021 here.

Life in this world produces an ever-increasing range of challenges, whether Covid-19, the climate emergency, medical ethics or finding meaning and purpose. Science and Faith both give us ways to understand and respond to these challenges, especially when they work together. This lecture will hear from theologian and biophysicist Alister McGrath as he shares insights into his life in science and religion.

ALISTER MCGRATH holds the Andreas Idreos Professorship in Science and Religion in the Faculty of Theology and Religion at the University of Oxford, Professor of Divinity at Gresham College, and is Director of the Ian Ramsey Centre for Science and Religion. His main research interest at present is the area of thought traditionally known as “natural theology”, a theme of his Gifford Lectures at the University of Aberdeen (2009), and his Hulsean Lectures at the University of Cambridge. A former atheist, he is also known for his opposition to New Atheism and his advocacy of theological critical realism. Among his best-known books are The Twilight of Atheism, The Dawkins Delusion?, Dawkins’ God: Genes, Memes, and the Meaning of Life, and A Scientific Theology.

In this lecture, Prof McGrath will explain how he arrived at Oxford University in 1971 to study chemistry as a dogmatic atheist, and ended up embracing Christianity. McGrath’s love for science meant that finding ways of relating science and faith was not merely intellectually interesting for him; it was also personally important. McGrath will explain how he developed his interest in the field of science and religion, and look at some of the major questions he has engaged in his career, particularly his criticism of New Atheist writers such as Richard Dawkins and Daniel Dennett, and his engagement with questions raised by a scientific culture.

Catch up by clicking on the red button below. 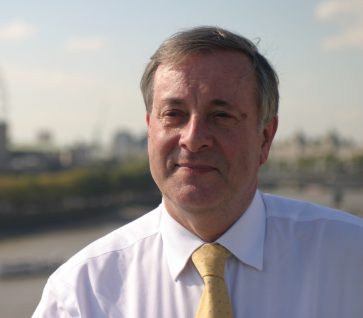