Dr Brandon Vaidyanathan – A Beautiful Quest: The Promise and Peril of Aesthetics in Science

Online and In Person

On Tuesday 26th April Prof. Brandon Vaidyanathan will be giving us a seminar talk entitled – A Beautiful Quest: The Promise and Peril of Aesthetics in Science.  All attendees are kindly requested to be seated by 12:45pm in the KC Shasha Suite, Woolf Building, CB3 0UB.

Join us online for the talk followed by Q&A. A recording of this event will be made available soon.

Abstract:  Scientists are often seen as the epitome of unemotional, dispassionate rationality. But in studying scientists around the world, we learn that science, in practice, is a deeply emotional and aesthetic pursuit. Beauty, wonder, and awe play a vital role in scientific inquiry, draw scientists into scientific careers, and propel them to communicate these aesthetic experiences with others. While beauty is integral to the practice of science, scientists are divided about its usefulness as a heuristic for truth. Further, academia’s culture of production, careerism, and competition undermines the motivating power of aesthetics in science; it perversely incentivizes those within the system and pushes others out altogether. Drawing on data from 3,442 physicists and biologists in India, Italy, the United Kingdom, and the United States, as well as

215 in-depth interviews with scientists in these countries, this seminar will shed light on the integral yet precarious role of aesthetics in scientific work and institutions. It will also examine the relationship between religiosity/spirituality and aesthetics among scientists. 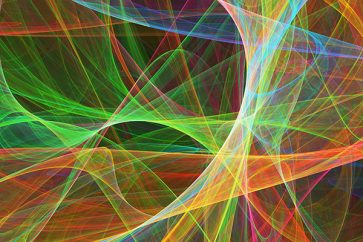 A Beautiful Quest: The Promise and Peril of Aesthetics in Science