The flocks of starlings over the winter create one of the most impressive spectacles of nature seen in the UK. From being a noisy, chaotic, chattering muddle, when it’s dusk, they gather in great numbers to roost. Moving as one, they take to the air, forming a pattern that swirls and shifts in the sky before suddenly all dropping back down to the land.

Starlings do always live in flocks, but it’s over the winter, when their numbers are boosted by starlings overwintering in the UK, that they reach these breathtakingly massive sizes. It’s believed that starlings live in a flock because there’s safety in numbers, and the more starlings there are, the less chance each one has of being taken by an airborne predator. It’s also possible that the heat from thousands of starlings roosting together can make the roost a tiny fraction warmer, which could save lives in extremely cold weather. Tracking starling movements shows that each starling moves around within the flock, trying to give itself the least time on the vulnerable edge as possible. Starlings have split second reactions, so when one starling chooses to change direction, the whole flock can move almost instantly, giving this mesmerizing display in the air.

The best place for you to try to spot a local starling murmuration is near a reed bed, a pier, or failing that, somewhere with trees, hedges, or buildings where you’ve seen starlings roosting. If the day has been bright, they may come in to roost later; if the day has been overcast, they may come in to roost earlier than sunset. Some nights they will come in to roost small group by small group, maybe flying in low, so there will be nothing amazing to see. Murmurations don’t seem to be affected by weather. Nobody is quite sure why some nights the birds put on a display and some nights they don’t. So, you may get lucky, or you may not. I’ll cross my fingers that it’s the former for you!

The starlings flying in a group move through the air seemingly as one. They turn on a wingtip, swirling through the sky. They take turns to fly on the outer edge of the flock, the place where it’s more dangerous. As a Christian community, how are we like this flock of starlings? How does this flock of starlings inspire us in our community life? We are called to be one body, relying on each other and caring for each other. Remind yourself of the words in 1 Corinthians 12: 12-27 as you watch the starling flock.

Lord, as the starlings flock together in flight and in rest, show me how to play a full part in my own community, and to be cared for in turn. Amen.

Often we think of new things being brought to birth as coming from great periods of planning, painful organisational feats, and long waiting. Here are the starlings showing us a different way. They don’t sit down in groups throughout the summer, with a flipchart and markers, looking through endless powerpoint presentations, splitting up into focus groups, to work out the perfect flight pattern for their display. They move instinctively, guided by one another, and make it look effortless. Maybe we should sometimes listen to and be inspired by those who plan on the hoof, who are flexible creators, who may drive us crazy with their lack of a plan or attention to detail, but can free us up to explore new avenues we’d never have gone down otherwise. In Galations 5: 25 we read the words, ‘Since we live by the Spirit, let us keep in step with the Spirit’- we need to follow the Spirit, wingtip to wingtip.

Lord, as I watch the starlings swirl, moving as one, I pray that your church may be one. Amen. 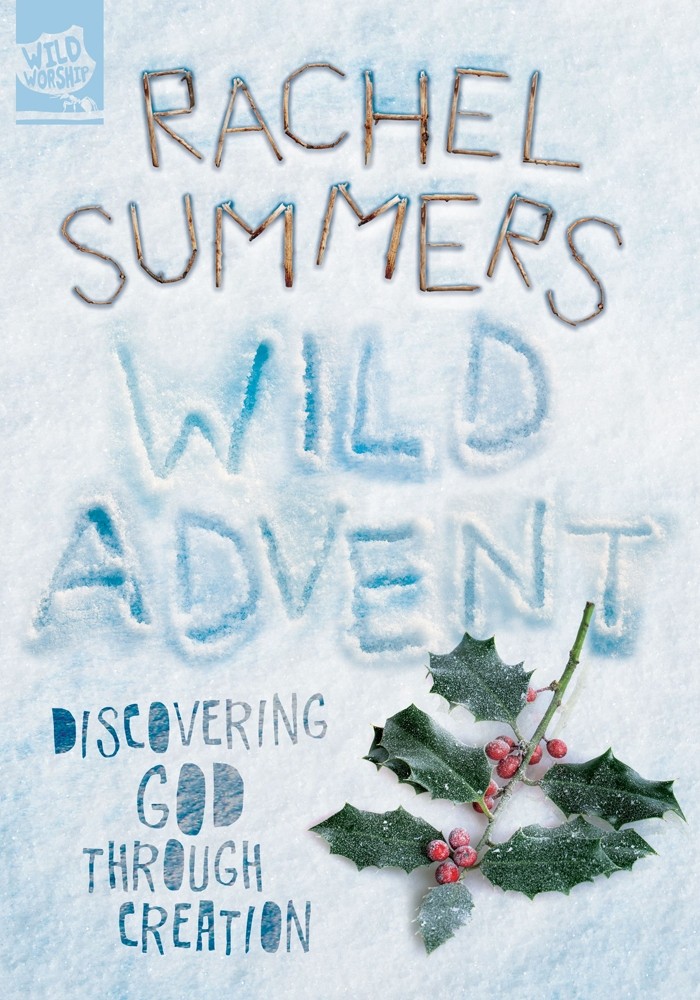 This post was an extract from Wild Advent: Discovering God Through Creation by Rachel Summers (Kevin Mayhew, 2017), 92 pages, £7.99. Used here by permission of the publisher.