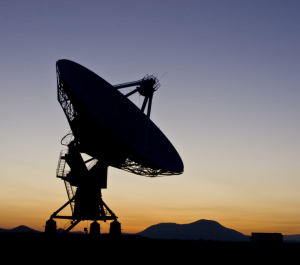 Photo from Test of FAITH. © The Faraday Institute

Many of us have looked up at the night sky and felt a sense of awe and wonder before the universe. This experience made Revd Dr Rodney Holder, former Course Director at the Faraday Institute, want to be an astronomer from about the age of seven. Here, he reflects on his work as an astrophysicist and how that connects with his faith.

Nowadays, because there is so much light pollution in Britain, I most often get that feeling of awe and wonder when I’m on holiday. A few years ago my wife and I were in Croatia, staying in a small hamlet, and on balmy nights we sat out on our balcony and gazed up at the sky, counting shooting stars. On another holiday we were in Peru, high up in the Andes, when we saw the night sky of the Southern hemisphere in all its glory for the first time.

The writer of the Psalms must have had similar experiences. ‘When I look at your heavens, the work of your fingers, the moon and the stars that you have established; what are human beings that you are mindful of them, mortals that you care for them?’ we read in Psalm 8. Although he had a much more limited view of the universe than we do now, he was awestruck. Even without a telescope he would have realised that there were millions of stars.

We have made immense strides since the Bible was written. For example, we now know that there are something like a hundred billion galaxies in the observable universe and that each galaxy contains about a hundred billion stars. And with the Hubble Space Telescope we can look back in time and see galaxies whose light has taken 13 billion years to reach us. Our sun is a very ordinary star situated on the edge of our own Milky Way galaxy. Even, so, the sun is a giant, million-mile diameter nuclear furnace radiating 400 trillion watts of power and continuing to do so over many billions of years. That’s some power station! These facts were unknown even 100 years ago.

It seems to me that our awe and wonder at the universe should be at least as great as, if not far greater than, that of the Biblical writers, since we know so much more about the universe than they did. That is why science only enhances my faith and never undermines it.

Awe and wonder are indeed common emotions among scientists, and provide a motivation to do science. They are felt by believers and non-believers alike. The current Professor of Astronomy at Oxford University, Prof. Joseph Silk, cataloguing some of the discoveries of modern cosmology, writes this:

‘The universe is a wondrous place. Its marvels surpass human imagination. Stars form and die in incredibly colourful displays. The chemical elements are cooked in the hot interiors of stars and dispersed in immense explosions. Vast numbers of stars pirouette in giant galaxies.’

Whilst this feeling of wonder is common, it seems to me that only God can explain why we should have such a feeling, or indeed why the universe should make sense to us at all. God is required to explain why science works in the first place.

One of the mysteries uncovered by cosmologists in recent decades is why the universe is so friendly to life, so ‘fine-tuned’ for life to arise. It seems that a lot of very special conditions are needed in order for the universe to give rise to life. This has impressed a lot of atheist cosmologists. One physicist, Freeman Dyson, has remarked that ‘in some sense, the universe must have known we were coming’. Paul Davies writes this: ‘Like the porridge in the tale of Goldilocks and the three bears, the universe seems to be “just right” for life, in so many intriguing ways.’ The discovery of the Big Bang theory for the origin of the universe, which underlies this discussion, was fascinating in itself (see review of Rodney’s book on this subject).

To me, all this points to God being behind the universe. No one is forced to that view, but it just seems to a number of significant scientists, philosophers and theologians, to be the best explanation for why the universe is as it is. As an Anglican priest who has studied cosmology, I can identify with what Georges Lemaître, the Roman Catholic priest who was also the ‘Father of the Big Bang theory’, once said, ‘There were two ways of arriving at the truth. I decided to follow them both.’