This Fertile World: Disasters, Nature and Acts of God 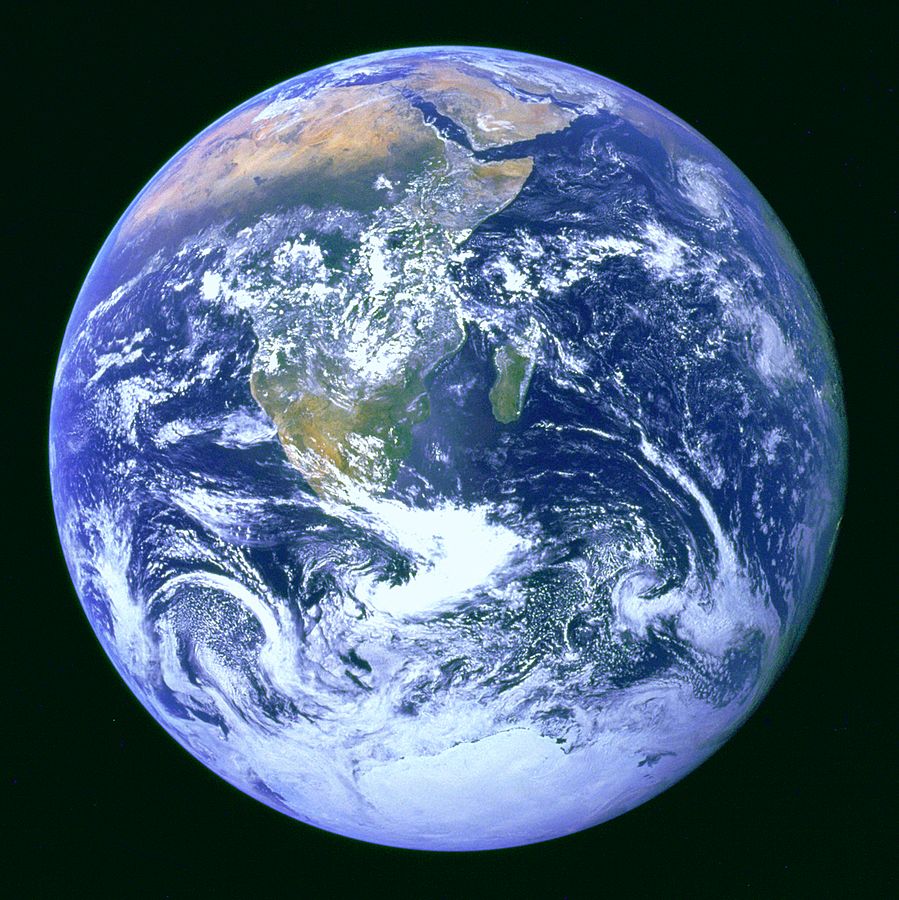 ‘Planet Earth is astonishingly fruitful’, says Robert White, Professor of Geophysics at Cambridge University and Director of the Faraday Institute for Science and Religion. White is often asked why God would allow natural disasters to happen. He has laid out his answer in a new book Who is to Blame? Disasters, Nature and Acts of God. Part of his response is to begin by explaining the science behind the fertility of the Earth, and I share it here with permission of the author.

Without a measure of natural global warming, without earthquakes, without volcanoes, without floods the world would be sterile and humans could not live here. But paradoxically, many of the processes that make it possible for humans to live on earth are the same as those that give rise to disasters. For example, if there had never been any volcanoes on Earth then the geological source of carbon dioxide to the atmosphere would be missing. The likely result is that the planet would have been frozen for most of its history.[i] This would have prevented the existence of most, and maybe all of life, including humans. Volcanic eruptions also continually cycle to the surface of the earth huge volumes of minerals essential for life. Volcanic islands such as Hawaii support lush growth of plants and animals, and are some of the most biodiverse areas on earth.

Another example of a normally beneficial natural process is floods. They are a means of distributing fertile soils. For millennia it was the annual flood of the Nile that enabled Egypt to prosper. When the Nile flood failed, as it did for example in 1784, probably as a consequence of a massive eruption in Iceland, about one sixth of the population died.[ii]

Considering earthquakes as the last of this trilogy, they occur with a suddenness that is frequently catastrophic if they are near major cities. Yet without earthquakes there would be no plate tectonics and no mountain ranges. The continual building and erosion of mountains and the eruption of molten rock as part of the plate tectonic cycle provides a steady supply of nutrients which allows life to thrive on this planet. Another consequence of the configuration of oceans and continents generated by plate tectonics is that it allows ocean circulation including, for example, the North Atlantic Drift (colloquially known as the Gulf Stream). This continually carries a gigantic 1.4 trillion kilowatts of heat into the North Atlantic: that is one hundred times the current energy use of the entire world. It is what gives northern Europe a temperate climate. An example of the role of mountains produced by the action of plate tectonics is that without the Himalayan mountain range the annual monsoons which provide water for 1,000 million people in India would not occur. These examples can be multiplied many times. Mountain ranges, which grow through frequent earthquakes as the earth’s crust deforms, cause rainfall which in turn makes many surrounding areas fruitful and habitable.

Although natural processes are beneficial in generating a suitable home for humanity, it is when humans interact badly with them that a natural process can turn into a disaster. Unfortunately, it is often the actions of humans that hugely exacerbates the scale of the disasters.

In the rest of this very readable book, White explains that sometimes 95% or more of the casualties from ‘natural disasters’ are caused by human selfishness and greed. Of course we then need to ask, what about the seemingly unavoidable casualties? So White lays out a Biblical response to suffering using the experiences of Job, Joseph and Jesus. This is an important and difficult subject, but I am fascinated to read the perspective of someone who has spent his career studying these phenomena, and I am now incredibly grateful for plate tectonics. £6 from the Faraday online shop.

[i] The average surface temperature in the absence of greenhouse gases in the atmosphere would be about -6°C or lower (J. Houghton, Global Warming: The Complete Briefing, Cambridge: Cambridge University Press, Third Edition, 2004, 351 pp.
[ii] Luke Oman and others, ‘High-latitude eruptions cast shadow over the African monsoon and the flow of the Nile’ Geophysical Research Letters, 2006, vol. 33, L18711, doi:10.1029/2006GL027665