What happens when two aspects of a person’s life seem miles apart? In this series of extracts from God in the Lab, Dr Ruth Hogg tells how she learned to reconcile her beliefs about God and her scientific work.

Ruth has always been interested in exploring the connection between science and faith. In Cambridge she was a founding member of the local Veritas Forum, running events to help students and faculty members to discuss – as the Veritas Forum website says – “life’s hardest questions and the modern relevance of Jesus Christ”.

While scientific evidence is important for some, many scientists actually find God outside of the lab: at home, at university, or later in life. Ruth is one of those who discovered God early on, though it was only as an adult that she realised faith and science can fit together. 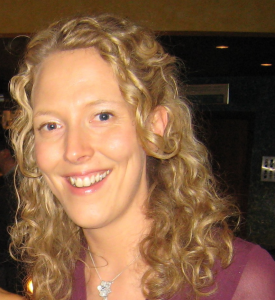 Growing up in rural Northern Ireland, it was easy for Ruth to accept what she learned about God. “Faith was always part of the way my parents looked at life. Even at school, in my area where the majority of people still went to church, having God as part of your life was very common.” With this example, Ruth decided to become a Christian.

Later on, at high school and then university, Ruth came across people who didn’t believe in God. She heard arguments against Christianity that challenged her faith, but in a positive way. As she worked out answers to those questions and objections, her understanding grew. “Having made a commitment quite young, I did then gradually come to ‘own’ that decision more myself.”

One question remained, however. “I did have a very uneasy feeling about science and Christianity. It was like a Pandora’s Box that I was afraid to open, but I knew I had to.” This sense of uneasiness remained with Ruth until she spent time as a postdoc in Australia. “That was a time when my faith was probably tested the most, because I realised I was somewhere I could easily leave the whole thing behind if I wanted to. Various personal circumstances had also left me feeling a bit jaded about the goodness of God.”

Everything changed when Ruth joined a church in Melbourne. “I had the shock of being in a very evangelical Anglican congregation in Melbourne where I met a lot of people who were really passionate about their faith, yet science just wasn’t an issue for them.” Ruth was encouraged to read The Language of God by Francis Collins, the former Director of the Human Genome Project, who is also a Christian.

In this book Collins told of his personal journey from atheism to Christianity. The writing conveyed a fervent faith in Christ as well as a passion for science, which Ruth could identify with. It also included a helpful contrast between the three basic options for a Christian trying to make sense of the human origins issue, namely Young Earth Creationism, Intelligent Design and Theistic Evolution. Ruth had previously read the Intelligent Design literature and felt underwhelmed by its scientific rigor, but this was the first time she had encountered an argument for Theistic Evolution. She read more and more, and eventually became comfortable with the position. 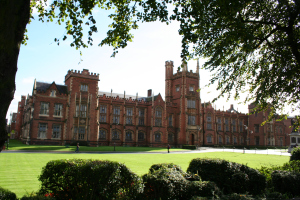 “It was so revolutionary to see that I could happily combine my passion for science with a renewed passion for my faith. It was just a huge relief that I didn’t have to live in denial.” Now, as the leader of a lab, Ruth has more confidence to be open about her faith. She is also able to fully enjoy the “Wow moments, when things fall into place and it’s hard not to get a feeling that you’re somehow seeing into the mind of God.”

To read more about Ruth Hogg’s work and faith, and the importance of creativity, imagination, beauty, wonder and awe in science, see God in the Lab: How Science Enhances Faith (Monarch, 2015).