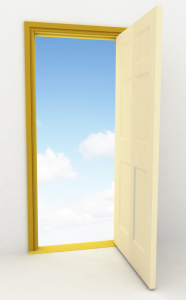 I have blogged a number of times on imagination, but what do working scientists think about this subject? Dr Jennifer Siggers is a Senior Lecturer in the Department of Bioengineering at Imperial College London, where she works on medical applications of fluid dynamics. Having met her at a Christians in Science conference a couple of years before, I wanted to find out how imagination is relevant to her own life in the lab.

Imagination is highly valued in Western culture but not always recognised as an essential part of science. So Jennifer initially protested that she wasn’t sure she had anything to say about imagination, but eventually was able to speak with me at some length about how important it is in her work. Mental pictures, analogies and thought experiments are all important for a scientist. For a Christian, learning to use imagination can also enhance their faith, helping them to make sense of their experience both in and out of the lab.

She said that “science is very creative and you need to have good ideas … The more you can think out of the box, the better”. She gave an example of some modelling she and some of her PhD students had been doing on heart beat regulation.

Any individual has variations in their pulse rate over the course of a day. These differences might be caused by activity levels, emotions, or simply the action of breathing. There is also a daily cycle of changes in heart rate, with heart attacks being more common just before a person wakes up. A couple of students had been comparing heart rate data from healthy individuals and people who have heart disease, to see if there were any differences in their daily cycles. They thought up some hypothetical scenarios, and then tested those ideas on computer models to see if they could replicate the differences in heart rate and begin to understand where they might come from.

Most of the previous research had assumed the heart cycles are regular, but the students needed to come up with something better if they were to make any more progress. They realised that they could use an analysis method called ‘empirical mode decomposition’, that lets the signal choose its own frequency. Their guess proved to be a good one, and they found a 24-hour repeated cycle that looks like a signal from the CLOCK gene.

Sometimes what’s needed are ideas that are “a bit wacky”, and staring at a blank piece of paper is not always conducive to that sort of thinking. When I asked Jennifer what stimulated her imagination she said, “When I was doing my PhD I used to get these sorts of ideas in places like the shower. Now I tend to get them when I’m going to bed or I’m quite relaxed … having thought about the problem deeply and then stopping thinking about it, going home and doing something different, or even on the way home: that can be the time when inspiration strikes.”

For scientists like Jennifer, this process of hypothesising and testing – both in and out of the lab – leads them to God. She explained, “science makes much more sense if there is, at some deep level, a truth that we’re pursuing”.

Jennifer believes that mathematics has its origin in God. Through her work she is “discovering what he’s already put there, and it’s absolutely beautiful.” When she uses her imagination to tackle a problem in bioengineering, she expects to discover something. “The fact that I believe in a God makes me confident that there’s an answer to any scientific question we’re asking. Whether we’ll find it, I don’t know, but there is an answer.”

This post was a series of extracts from Ruth Bancewicz’s book God in the Lab: How Science Enhances Faith (Monarch, January 2014), used with permission.