Peering into the Brain 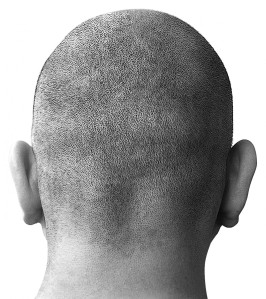 If Christians are called to “love the Lord your God with your whole mind, your whole being, and all your strength” (Deuteronomy 6:5), then what happens when neurological disease strikes? Dr Clare Redfern is running a project with neurologist Revd Dr Alasdair Coles, based at Addenbrooke’s Hospital and the Faraday Institute. They are investigating whether degenerative diseases within the brain, in particular Parkinson’s Disease, affect people’s religious faith and spirituality. In this month’s guest post, Clare describes some of her work.

Parkinson’s Disease is well known as a disorder that produces physical features such as tremor, slowed movements and speech. The degeneration of neuronal networks in the brain also frequently produces emotional and cognitive effects. We are looking at how people with Parkinson’s Disease think and feel about faith and religious belief. If they are believers, might they lose interest in prayer or worship? Does God seem more distant, or possibly closer?

In reviewing the work of others in this field, I have been pondering whether neuroscientific studies of religion do teach us anything useful or new about faith. Neuroimaging studies have certainly given some broad indications about how different aspects of religiousness and spirituality are related to different functions within the brain. Just as we depend on both our brains and bodies for our conscious perceptions, reflections and actions, so also religious beliefs, practices and experiences are associated with neural activity in different areas of the brain.

A carefully-designed study in Denmark1 used fMRI2 to investigate brain activity in 20 devout Danish Lutherans during different kinds of praying: informal, improvised and ritualised (using the Lord’s Prayer). The researchers found that improvised prayer strongly activated parts of the brain that enable empathy, negotiation and awareness of the intentions of others. These are areas that would also be activated if you were in conversation with another person. As a control task, the participants also had to imagine they were asking Santa Claus for presents, but this form of imaginary conversation did not activate the same brain areas. In contrast, formal prayer activated areas needed for attention, memory retrieval and performing habitual actions.

These findings can be interpreted in several ways. One is about the naturalness of improvised prayer; it’s like talking to a friend! They might also have pastoral implications. If the social cognition part of the brain is impaired (as can happen in several neurological conditions), then informal prayer might become meaningless but participating in liturgical worship might retain meaning and be helpful.

Studies like this also counter the rather bogus idea of a religious hotspot, the ‘God spot’, or of specific parts of the brain being devoted solely to religious belief. Intense mystical experiences can be associated with particular regions of the brain (for example, see Tim Middleton’s post about the temporal lobes and mystical visions), but the more everyday practice of a faith becomes embodied throughout many areas. So we can worship God with all of our mind!

2 fMRI or functional Magnetic Resonance Imaging: a kind of scanning techniques that detects changes in blood flow, related to nerve cell activity, in different areas of the subject’s brain as they perform various tasks – reading, thinking, or even praying as in this study.