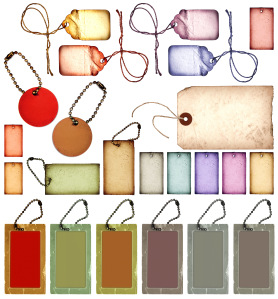 How does a scientist define themselves when their work isn’t their primary identity? This month’s guest post is from Emily Sturgess, a biologist who has found a niche in Oxford.

It took me a while to realise that when you introduce yourself to someone you don’t have to define yourself with a single label. As if the supplies in the stationery cupboard were rationed, I felt for a long time that I was allowed only one label to stick on myself to describe what I do. I am the Development Officer for Christians in Science, so I spend a lot of time with people who describe themselves as ‘scientists’. That makes a lot of sense: they actively participate in scientific research, are employed by science departments in universities, and think ‘scientifically’. It is their profession, and the label is wholly applicable.

All the same, I have always been slightly uneasy about declaring myself a scientist. Aside from the fact that due to an archaic honours system I actually have a BA not a BSc, I do have undergraduate and masters degrees in science subjects (Biological Sciences, and Species Identification, respectively), but I’m still not convinced. Logically, some of this could stem from the fact that I am not actually employed in research. In reality, it’s probably because I don’t want to commit to a single label until people see that ‘scientist’ encompasses so many traits!

I certainly was not the classic ‘born scientist’, but I fell in love with biology as a teenager and pursued it as far as I could. My masters was no strategic career move – I just really wanted to learn to identify plants, animals, and shockingly to all including myself, moss. Honestly, there’s no beauty quite like watching a desiccated moss sample being revived with a few drops of water. The cells dry up when you keep them as herbarium specimens, but that makes them almost impossible to identify because the shapes of the tiny leaves are distorted. If you drop water onto the specimen, however, even if it has been dried and hidden away for years, by what seems some wonderful magic the leaves spring back to life, unfurling under the microscope before your eyes.

So what do you do with an identity that seemingly isn’t tied up in one field, but flits happily between several? Which label are you allowed to wear, when in some ways you’re a scientist but in other ways you’re not? Thankfully for me, I am lucky enough to have found a job that allows me to be a scientist and a Christian, at the same time as everything else.

Working for Christians in Science has been a big release for me, because I love and understand the subject matter and am hungry to know more about almost every aspect of the science-faith dialogue. My role also allows me to be creative and administrative, and gives me time – which I wouldn’t have if I was actively involved in research – to get things done practically for the organisation. Being able to resource so many research scientists, students, teachers, and others, in their walk with God is a real privilege.

It is always humbling to see God taking the eclectic strands of our lives that had previously been wisping all over the place, and weaving them together. It is encouraging that God sees our whole selves – all the facets of our being that he prompts us to invest in – and finds ways to work them together. It always reminds me how much wiser he is than me! He sees our science and our faith and knows how to bring them together. But he sees all the other elements too: our leadership skills, pastoral hearts, discernment, creativity, logical thinking, and everything else that we consider gifts and skills but perhaps haven’t quite known what we are meant to do with them in our professional lives.

As Ruth has blogged before, there is a great call for creativity in science. I believe that there is also a place in science for all our other gifts: being wise when we give advice to others, gracious in our set-backs, and discerning and pastoral in the staff-room. We don’t have to be given a role that specifies those things in the job description to work them into our professional lives.

So for me, defining who I am and what I do was never just a case of how I brought my science and my belief together. More than that, it has been about how I am able to bring all of myself together: in my pursuit of science, in my pursuit of fulfilment, and most importantly in my pursuit of God – covered in as many labels as possible.

Emily Sturgess blogs sporadically at http://love-laugh-photograph.blogspot.co.uk, and is based in Oxford.