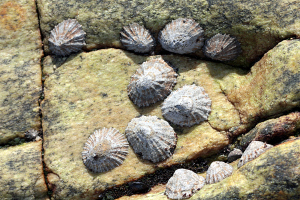 How can a Christian live an authentic life in science? R.J. (Sam) Berry is a prolific writer and editor in the science and religion world, but his lifelong career was in genetics. Here, in part 4 of my series of extracts from Real Science Real Faith, he explains how he became a scientist, and gives one example of how his faith and science interacted.

As a Christian at university, I was faced with a hierarchy of possibilities. The really holy people became missionaries, the rather holy people were ordained, and the fairly holy people became teachers; the ‘also rans’ did all the other jobs in the world. I hope I was prepared to serve abroad if God wanted me there, but I felt no particular call. I was tempted to train for the Church of England ministry, but two weeks of ‘testing my vocation’ proved to me that God did not want me in that job; just as I would have been a terrible doctor, I would also have been a disastrous parson. So I started applying for school teaching posts—but no one offered me a job. I assumed God had a purpose for my life, but it wasn’t very clear. The line of least resistance was to do the minimum; I stayed in the university world, working for a PhD in genetics at University College, London. And, despite having pushed a few doors, I have remained in the university world; since 1974, I have been Professor of Genetics in the University of London.

It was a great relief when I realised that we have all been given different talents and callings, and that there is not (and should not) be such a thing as a typical or normal Christian. This is not an excuse to avoid living and speaking for Christ at every appropriate opportunity; rather, it is a recognition that ‘the chief end of man is to glorify God and to enjoy him for ever’ (as defined in the Westminster Catechism), which does not necessarily mean that we are supposed primarily to operate as more or less full-time evangelists.

Looking back, it took me some time to accept that I was in a place that God had prepared for me. After all, making microscopical preparations of mouse embryos (which was the main practical work in my PhD studies), or catching radioactive rats in India, or melanic moths in Shetland, or limpets in the Antarctic, are not usually considered to be spiritual activities. But, like a number of other contributors in this volume, I have no doubts that God has wanted me as a scientist, and that he has given me work to do for him because I was in the place he had prepared for me.

I later moved in my research from developmental to ecological genetics (I wanted to study how developmental processes influenced population processes). I also acquired various responsibilities outside my university duties. From 1982 to 1985 I was President of the Linnean Society, the oldest biological society in the world. Involvement at the national level widens one’s horizons and makes one aware of the responsibilities and opportunities to attempt positive contributions.

In 1984, there was a debate in Britain about the beliefs of church leaders, and in particular whether miracles are still credible in a ‘scientific age’. It seemed right to criticise the sloppy thinking being bandied about, and I co-ordinated a letter to the London Times about miracles. Fourteen of us signed the letter; all of us were professors of science. We asserted:

It is not logically valid to use science as an argument against miracles. To believe that miracles cannot happen is as much an act of faith as to believe that they can happen. We gladly accept the virgin birth, the Gospel miracles, and the resurrection of Christ as historical events. . . . Miracles are unprecedented events. Whatever the current fashion in philosophy or the revelations of opinion polls may suggest, it is important to affirm that science (based as it is upon the observation of precedents) can have nothing to say on the subject. Its ‘laws’ are only generalizations of our experience… (The Times, 13 July 1984).

The following week, a leading article in the scientific journal Nature appeared, agreeing with our statement on the nature of scientific laws, but dissenting from our conclusion about miracles, calling them “inexplicable and irreproducible phenomena [which] do not occur”. The editor of Nature received a number of letters dissenting from his argument, and, to his credit, he published them. I was then invited to reply to the correspondence; my response was published in Nature in 1986.[1] I concluded my article,

the interpretation that miracles are a necessary but unpredictable consequence of a God who holds the world in being is more plausible and more scriptural than deist inteventionism (ie, the nineteenth-century distortion of the doctrine of God, who was assumed to be nothing more than a Divine Watchmaker)…Those who deny the possibility of miracles are exercising their own brand of faith; this is based on a questionable assumption, and one which creates problems with its implications.

The appearance of a long article on miracles in a journal such as Nature established clearly that we have a rationally defensible faith. Obviously not everyone will agree with our interpretation, but a faith based on the Scriptures cannot be dismissed as woolly wishful thinking.

If I draw one lesson from my experiences as a scientist and a Christian, it is that compartmentalization of life, thought or worship is damaging and potentially dangerous. The gospel involves reconciliation between body and spirit, and sacred and secular, as well as between God and humankind. In my own research, I have repeatedly had to straddle the boundaries between traditional disciplines—ranging between ecology, genetics, geography, pathology, history, physiology, behaviour and others. In my spiritual life, I have similarly tried to worship my God in laboratory, field and church alike—not as a vague influence, but as a personal Lord, Saviour, Guide, Comforter.

This post is a series of excerpts from Professor Berry’s chapter in the book Real Science, Real Faith (Monarch, 1991), reproduced online by permission of the publisher. You can read the full chapter here.