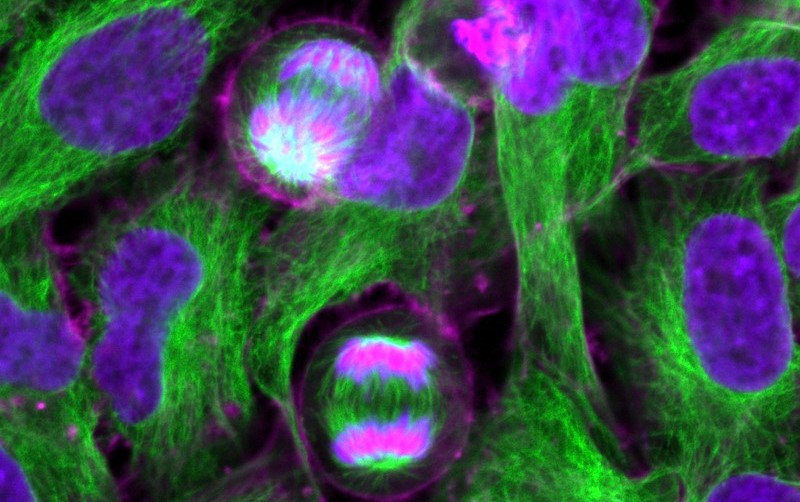 As a molecular biologist, I spent about spent 20 years in lab-based research. Much of this was working on leprosy, which took me to all kinds of fascinating places, including Ethiopia, India- and almost a decade in Nepal. I now work full time for the Church of Scotland Society, Religion and Technology (SRT) Project (www.srtp.org.uk), which aims to help the church to engage with ethical issues in science.

I always enjoy going along to meetings of the Scottish Consortium for Rural Research (SCRR)- it’s nice to see some real data, and even the occasional graph! A glance at the list of member organisations in the SCRR reveals a group which could perhaps best be described as eclectic, bringing together as it does people from around the country who are engaged in a wide variety of research.

At one of the recent meetings, we heard a talk from a researcher at Edinburgh University about a synthetic biology project called “Engineering Life”. One of the main aims of this long- term, multi- million dollar project, which involves researchers from a number of countries, is to generate a synthesised version of the genome of ordinary baker’s yeast (Saccharomyces cereivisiae), termed “yeast 2.0”. This is a very impressive initiative, and one which is likely to yield many scientific and technical benefits and spin- offs.

As I was reflecting on this later, a couple of thoughts occurred to me. The first is that synthesising a copy of a genome is something which living organisms do routinely, and with considerably less fuss and input of resources than are required to generate yeast 2.0. After all, it is part of the normal process of cells multiplying. Under optimal conditions, yeast cells can double in number every 100 minutes. Humans are very clever to be able to copy this process, but we still have a lot to learn about doing it efficiently.

The other thought which struck me was that, in synthesising a copy of the sequence of the yeast genome, we are really only tackling the easy bit of genetics. While scientists are all familiar with the double helical structure uncovered by Watson, Crick and colleagues, we are discovering that there is a whole lot more to a functional chromosome than simply the deoxy ribonucleic acid (DNA) backbone. DNA gets most of the plaudits and a lot of the attention, but we need to take a step back from DNA to appreciate the bigger picture. 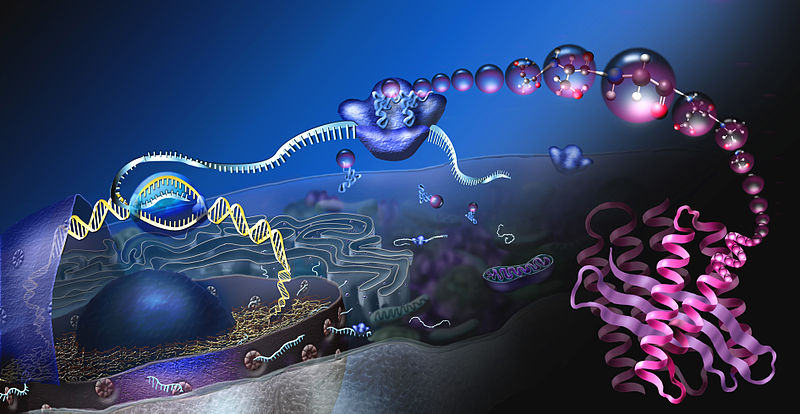 The fact is that, through decades of painstaking research, we have come to understand a little bit more about how chromosomes are structured and how they function within living cells. We now realise that these are dynamic entities, involving much more than simply the orderly packing of the long string-like DNA strand around proteins. In order for the cell to function, the information encoded in the DNA needs to be accessed. This is what we call “gene expression”- the switching on or off of different genes in different cell types at different times and at varied levels. This involves the interplay of a huge number of other molecules.

To me, this inner world of the cell (or more accurately, of the nucleus within the cell), which biology allows us to glimpse, is an illustration of the life of faith. The beauty of biology is that it is alive and responsive. While physics and chemistry have rules and constants, biology has variety and adaptation.

In a similar way, while structure is essential, our lively faith has dynamism about it. When you look at a DNA sequence with its seemingly random collection of As, Cs, Gs and Ts, it’s difficult to see how this could carry meaningful information. Yet, while the specific sequence of subunits in DNA is essential for passing on information to the next generation of cells, in many ways it is really just the framework around which other molecules carry out their functions.

Structure is essential, but it’s not the whole story. Too often as humans we get lost in the details of the structures, and we need to take time to step back to see the bigger picture. As Christians read Scripture, many of us may struggle as we trudge through detailed genealogies or descriptions of Old Testament temple or tabernacle setups. Sometimes we may get caught up in details of doctrine, in rules and regulations, and end up with a dry legalism, with no life or dynamism. At times we get so distracted by church structures – whether physical buildings, or church hierarchies – that we lose sight of the living Christ who is at the heart of our faith.

In much the same way that DNA provides the backbone and the information which needs to be passed on to the next generation, so we need the details, the structure, the doctrines of our faith- the unchanging truths which provide the instruction that we need. But as DNA can’t perform its function without the molecules that switch genes on or off at the right place and time, our faith journey needs the adaptability, the responsiveness, and the inspiration of the Holy Spirit.

Dr Murdo Macdonald is Policy Officer with the Society, Religion and Technology (SRT) project of the Church of Scotland. Murdo spent almost 20 years involved in postdoctoral research in various institutions, in Glasgow, London and Sydney. He specialised in research on leprosy in a number of countries, including India, Ethiopia and spent almost a decade as head of a leading leprosy research laboratory in Nepal. In March 2008 he returned with his family to Scotland to take up the position of Policy Officer with the Church of Scotland Society, Religion and Technology (SRT) Project, which looks at ethical issues in science. During his time with the SRT, he has overseen the development of reports to the General Assembly of the Church of Scotland on issues such as neuroethics and synthetic biology, as well as areas such as ethics and the internet, end of life issues and suicide.