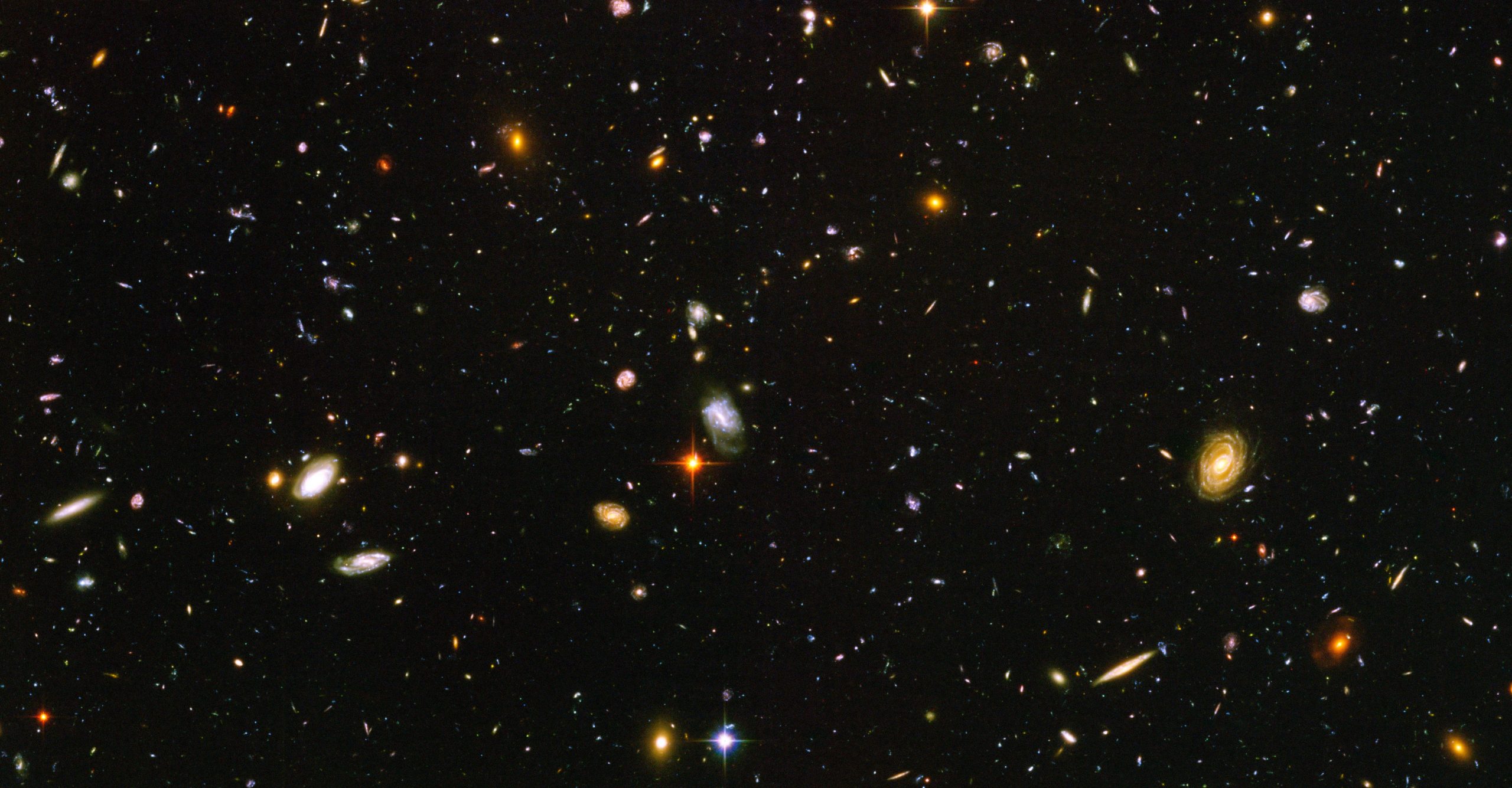 I like to joke that I built a loft conversion on our house so that I could get an uninterrupted view of the sunset across the city’s rooftops from the large windows we installed. Expensive sunsets! In actual fact, the roof windows have enabled me to enjoy the delights of the sky at night more than at sundown (when I’m normally ferrying children to bed). After breastfeeding my daughter in the night, I’ll gaze at the stars for a few moments before heading back to bed. However grumpy I am about having got up, those few moments of starlit wonder reassure me that there is a much bigger picture than this interrupted night. The stars speak of a greater plan and purpose by their simple majesty.

The heavens tell the glory of God.

And the skies announce what his hands have made.

Day after day they tell the story.

Night after night they tell it again.

The stars stand as a witness to the immensity of the created order, and the God that made it is big enough to know and care about my frustration and sorrow. I go back to bed with a fresh calmness, that there will be a time when everything will make sense, and that there is someone watching over our little family.

But sometimes other worries attempt to drown out the stars’ message. What if God isn’t big enough to hear my prayers for patience or comfort amongst all of the “real” suffering going on in the world? Does he see each person suffering, or dying alone? In the 2018 Doctor Who episode “Demons of The Punjab”, an alien species dedicate themselves to witnessing and standing with every death that is died alone. Does God do that? Can he really be sustaining all of the stars, and hear my prayers, and theirs too? How Big is a big God?! Sometimes it’s simply “Is it Ok that the universe is so big? God knows about that, right?” He is probably laughing when I worry about that! But I wonder if that last question is more common than we like to admit. And I wonder if this answer will actually become the answer to the previous questions. Let me explain…

Genesis 1 tells us that God made the universe, which must mean that God is bigger than the universe. The universe is a Big place. The Hubble space team decided to point the Hubble space telescope at a bit of black sky, where they thought there was absolutely nothing. But when they looked into the inky blackness for a long time, they found it was full of bright dots, which when looked at closely, weren’t stars but galaxies. They found that wherever you point your telescope, there are galaxies. Astonomers have estimated that there are 100 billion galaxies, each containing 100 billion stars. 100 billion is a very big number. In fact, recent calculations suggest there could be 2 trillion galaxies in the universe.

Why are there so many? Couldn’t God have been content with just one sun and our solar system, or the Milky Way galaxy just to show off and give us a pretty night sky?

Genesis 1 describes an incredibly creative God who delights in abundance:

Then God said, “Let the water be filled with living things. And let birds fly in the air above the earth… Let the earth be filled with animals. And let each produce more of its own kind. Let there be tame animals and small crawling animals and wild animals” Gen 1:20,24 ICB, emphasis added

God could have limited himself to small numbers of animals to keep humans company, but instead we see huge diversity around us on Earth, with 8.7 million species! A God who delighted in huge variety in space as well as on earth is consistent with the picture that Genesis paints.

But there is more: If you wind the clock back to the beginning, the story that the universe tells is that the universe actually needs to be big for us to even be here.  Over the last 100 years there has been a revolution in the way that cosmologists understand the universe. Following some controversial theories that challenged the status quo belief in an eternal, static universe, cosmologists and astronomers started to take measurements of stars and ask what they tell us about the universe. Partly due to the limitations of technology, the Big Bang model of an expanding universe was ridiculed for decades, and has only been widely accepted in mainstream scientific circles since 1992. I’m not a cosmologist, but as a chemist I appreciate the rigour with which the scientific community subjected this new theory before being accepted. It is taken for granted today because it has such a weight of evidence that fit this model but not any of the competing models, but it was hard won.

According to the Big Bang model, in the beginning when matter was first created, there were no atoms – just their components in a very dense soup. As the universe expanded, atoms were able to form (after 380,000 years!). But only the smallest two elements could form – hydrogen and helium. You can’t make much human from hydrogen and helium! There at least 17 elements that are essential in the human diet, with iodine being the heaviest. On top of that, if we are to have a planet earth to live on, we need a lot of iron and nickel to make up the earth’s core. So how is the hydrogen and helium going to turn into heavier elements, and enough of them to make an iron planet full of carbon-based life?

The answer is exploding stars. The universe first had to expand enough to have elements clumping together to make stars (200 million years). The first stars were huge and lived only(!) 10 million years. When they exploded, some of the H and He left in them fused to form heavier elements including carbon, iron and nickel. But many more generations of stars would have been needed to gradually make enough iron to form dust clouds around stars which could clump together to form planets. This all takes time, and it is estimated that our solar system wasn’t formed until 9 billion years after the Big Bang. In the meantime, the universe is expanding, and other stars and galaxies are forming all across the universe, while the heavier elements required for life such as iodine are being made by specific types of high-energy explosions.

So let’s come back to our questions. Is it OK that the universe is a big place? Answer: more than OK, in fact it needed to be this big in order for us humans to be here. God wanted us to be here. He is making the universe, and is making it big. He calls forth every star by name. He knows every star (Isaiah 40:25-26). Every 100 billion times 100 billion. Our Triune God, in perfect community, enjoyed creating our wonderfully beautiful universe, and I bet the trinity has been having great fun all of this time! It might mean that we aren’t the centre of the universe, and maybe that humility will be good for us. But it doesn’t mean that God doesn’t know about us or care – we are part of his purpose in creating. If he knows 100 billion times 100 billion stars names, then he knows the 7 billion names of humans. He knew the names of all the humans who have ever lived, and he knows the day they died. In fact, if you estimate that we have a thought every two seconds (30,000 a day), then there have been fewer thoughts ever thought, and prayers ever prayed, than the number of stars in the universe.

If God knows every star by name, then God knows all of the thoughts that any human that has ever lived has ever had. That includes all of your prayers, and every “help me” said in desperation. In fact, it is estimated that there are more stars than animals and insects on earth. As Jesus said in Matthew 6:25-26 “Therefore I tell you, do not worry about your life, what you will eat or drink; or about your body, what you will wear. Is not life more than food, and the body more than clothes? Look at the birds of the air; they do not sow or reap or store away in barns, and yet your heavenly Father feeds them. Are you not much more valuable than they?” If God knows all the stars in the universe, he can know all of the birds on the earth, and he clothes them. If he is big enough for them, he is big enough to hear our prayers and know about us. Yes, he sees the one who suffers alone. And the Bible reveals a God who is not indifferent but comes to us: an expansive God with acute attention to detail. 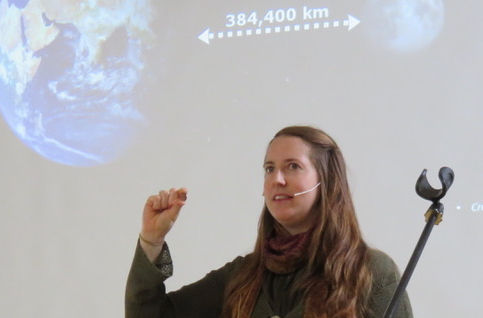 Emily Dry has a PhD in Supramolecular Chemistry, an area of chemistry which focuses on utilising the tools of biology in a lab to create self-forming chemical structures and systems. She has been tutoring gifted and talented pupils in schools in London and East Anglia through the Brilliant Club since 2014, using a course based upon her PhD research. In 2018 she designed a new key stage 3 course for the Brilliant Club entitled “Why are we here? Answers from physics and faith”, which is an introduction to approaching science and faith together. The development of the Big Bang model over the last century provides an excellent example of a scientific process, and inspiration for developing a robust worldview that is both based upon rigorous exploration and open to new information. The course is available for schools across the country through the Brilliant Club’s acclaimed The Scholars Programme.

Category: Astronomy, Chemistry, Cosmology, One In A Million, Scientists Of Faith, Theology, Wonders Of The Living World