Guest Post: T Cells – a wonder and a signpost 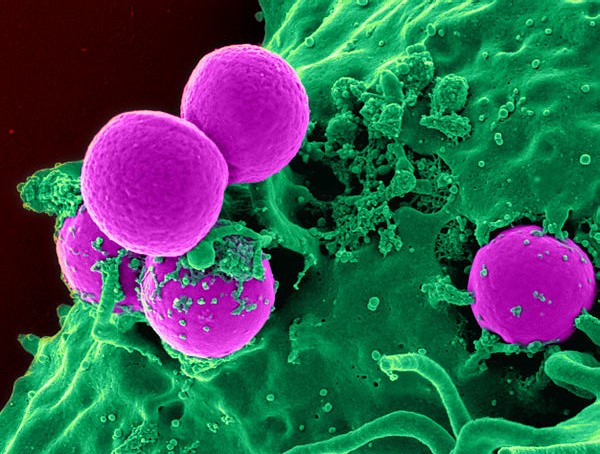 There are many amazing complex systems in our bodies, but the immune system beats them all, recognising foreign invaders like bacteria, viruses and parasites and fighting them off.

How do our bodies manage to recognise virtually any kind of foreign invader that we might meet anywhere in the world? The immune system works by using two main branches:

The first (which includes specialist white blood cells like neutrophils and macrophages) is set up to recognise common markers on the surface of harmful bacteria and parasites, and then launch an immediate attack to wipe them out.

The second, known as the ‘acquired immune system’, specialises in mobilising the defence mechanisms that recognise highly specific markers on the invader, including cells that have been infected by viruses. Other white blood cells known as T cells and B cells provide the main defenders that make up this part of the system.

Viral infections provide a special challenge to the immune system because they get right inside cells and take over the cell machinery in order to make more copies of themselves. It’s like a hacker getting right into national defence computers with a computer virus that then makes more copies of itself. But, unlike the computer virus, cells have a nifty way of letting T cells know that they’re in trouble. They chew up the virus and then rush a small piece of it to the cell-surface where it’s waved around by a Class 1 molecule like an SOS flag.

What happens next is even more amazing. T cells are on patrol all round the body looking for SOS flags. There are T cells that recognise pretty much any SOS flag that comes from any virus that you might encounter, especially as you get past childhood. Following recognition, T cells lock onto the SOS flag using the ‘antigen receptor’ on the T cell surface, and the T cell is then ‘activated’ so that it makes millions more clonal copies of itself. 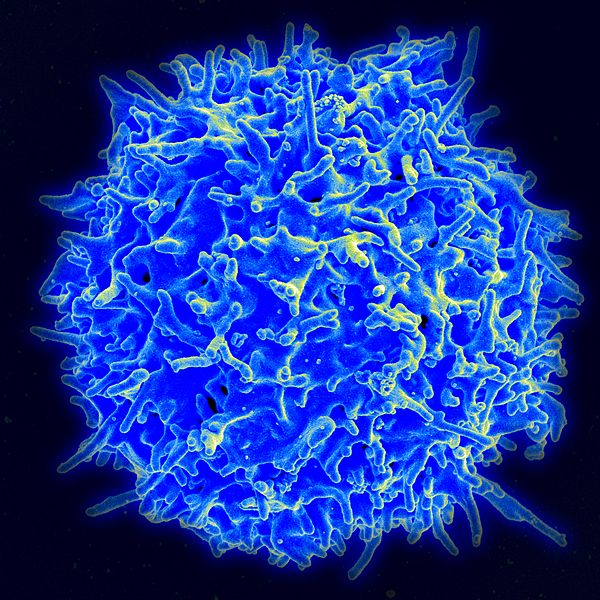 Once this ‘T cell army’ is mobilised, it then wipes out the infected cells containing the virus, or organises other cells to do the killing, until the virus is gone. Sacrificially, the T cell army then self-destructs as it’s no longer needed, but it leaves behind a small ‘platoon’ of memory T cells that will remember the same virus if it re-infects in which case T cell mobilisation will be even faster second-time round.

This is why there is no point in giving antibiotics for a viral infection. Antibiotics kill bacteria but have no effect on viruses. So if you have a viral infection, the best advice is to try and stay alive for around 10-12 days at which time the mobilised T cells should come to your rescue.

So how come T cells don’t attack our own tissues?  Until relatively recently this remained a real mystery, but we now know that T cells are educated in the thymus before they are allowed to ‘graduate’ and wander freely around the body looking for foreign invaders. The thymus generates millions of different types of T cell with randomly varying T cell antigen receptors on their surface. The ones that are recognised as ‘self’ in the thymus are destroyed. At the same time, other developing T cells are positively selected for, providing they contain the ‘best’ SOS flag-receptor molecules. So a form of natural selection picks out the best T cell repertoire for your particular needs. 99% of the other T cells are bumped off in the process, so graduation from the thymus is really very selective.

A similar process of ‘natural selection’ happens during B cell development. B cells make antibodies that have to be highly specific in recognising foreign invaders in order to carry out their job properly.

As a Christian, I marvel at the wonder and complexity of God’s created order. I recognise that the human immune system has been part of the evolutionary process for millions of years. It is a costly gift to humankind because so many millions of animals have been involved in the process of its fine-tuning over the years. It is not a perfect system, but it works most of the time amazingly well.

But I don’t go looking for ‘gaps’ in the mechanisms of immune defence so that I can somehow ‘explain’ those gaps by invoking god. No, the God of the Bible is the one who is immanent in all the material and energy of the Universe, guaranteeing its intelligibility and its reproducibility, so making science possible. As scientists we can but stand back and wonder at the artistry and complexity involved in living existence.

Perhaps best of all, we are now beginning to find out how to manipulate the immune system, especially T cells, in order to cure cancers. Christians are called to care for the created order in such a way that we can use it for healing, and healing is linked closely by Jesus to the coming of the fulfilled Kingdom of God. It is great to reflect that T cells, manipulated correctly, can turn out to be a signpost to the Kingdom!

Dr Denis Alexander is the Emeritus Director of The Faraday Institute for Science and Religion. He was previously Chairman of the Molecular Immunology Programme and Head of the Laboratory of Lymphocyte Signalling and Development at The Babraham Institute, Cambridge. Prior to that, Dr Alexander was at the Imperial Cancer Research Laboratories in London (now Cancer Research UK) and spent 15 years developing university departments and laboratories overseas. Dr Alexander writes, lectures and broadcasts widely in the field of science and religion. His recent Gifford Lectures will be published by CUP in 2016 under the title ‘Genes, Determinism and God’.