“Well, in our country,” said Alice, still panting a little, “you’d generally get to somewhere else—if you run very fast for a long time, as we’ve been doing.”

The crazy world depicted by Lewis Carroll in “Through the Looking-Glass” is such a fast-changing and dynamic place that you need to run and run just so you can stay put. The living world operates in a similar way, with a perhaps surprising outcome. Carroll’s literary incident gives name to the Red Queen Hypothesis: an evolutionary hypothesis which proposes that organisms need to constantly adapt and evolve, not in order to gain reproductive advantage, but to simply survive in an ever-changing competitive environment. This metaphor is particularly useful in the context of parasite-host relations, where each improvement from one part is responded to by a new one from the other, escalating into an arms race.

If a parasite arises that is able to infect and finally kill, let us say, a population of mice; the poor rodents will be under a strong selective pressure for changes avoiding the entry of the parasite. When that change occurs, the new variant will soon outrun the former one. But that will leave the parasite without a host, so it will also soon evolve and develop a new entry mechanism.

Who, if anyone, is favoured in these arm races? That is not easy to say. The organism with the shortest lifespan (usually the parasite) is able to evolve more rapidly and thus adapts better. But it is also important to take into account the curious life-dinner principle: the rabbit runs faster than the fox because the rabbit is running for his life while the fox is only running for his dinner. [2] The host tends to be under a stronger pressure, favouring its evolution.

Do these races go on forever? They can (our annual fight against influenza seems to suggest so), but they can also end with the extinction of one of the species. In case it was not interesting enough, there is a third possibility: both species may co-evolve together and reach a point where the relation is no longer disadvantageous for any of them. They have ended their arms race, signed a peace treaty, and started a type of relationship called ‘mutualism’. This is perhaps not a surprising fate; after all, an organism which constantly attacks the one on which it depends is not in a sustainable condition. This explains why ebola (with a fatality rate reaching 90% [3]) is a locally restricted virus limited to outbreaks, while herpes viruses such as cytomegalovirus (which are generally asymptomatic) have infected up to 80% of the population. [4]

The tendency to move from parasitism towards mutualism (and eventually symbiosis, that is, interdependence) has been observed in several species, from mites [5] to cuckoos [6], and even our very cells [7]. A beautiful and very remarkable example is the relation between flowering plants and bees. Many bee species use pollen as their main nourishment, but pollen is essential for the sexual reproduction of these plants (containing the male gametes). One could imagine a parasitic relation in which bees would exploit flowers’ pollen decimating their population. But evolution has shaped this relation so that bees contribute to the reproduction of the plants they are using as food source. There are even bee species that have fine-tuned their morphology to pollinize specific plants. [8]

The Red Queen paradox shows that evolutionary relations are not all about conflict. Even conflict can be a powerful force for change, and lead to the development of beautiful outcomes, such as our human body. Cooperation is usually more successful than confrontation, and there is a way to get out of rivalry by exploiting our differences for the common good. What a beautiful message to learn for such a time as this. The very creator that designed nature’s tendencies to altruism is the one who calls us to love one another, to embrace our differences and imitate his example.

This is definitely not the traditional caricature of a dark, hostile and ruthless Darwinian world that we are sometimes used to. Maybe if we are open to see it, there is beauty in pain, there is goodness in the struggles, there is hope in the darkness. Maybe nature sings louder than we had ever thought. 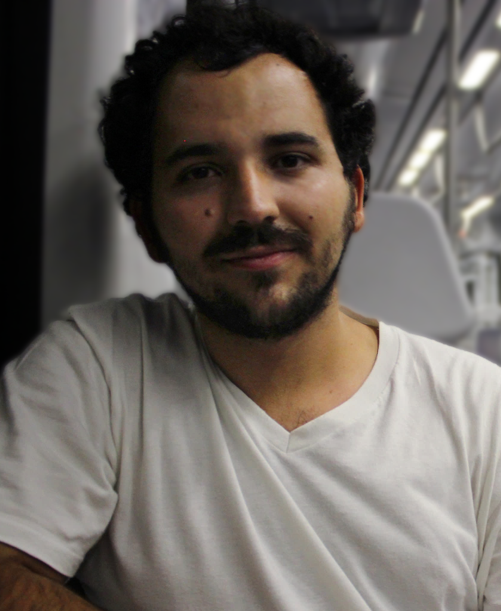 Daniel Fernández is an Intern Researcher at the National Centre for Biotechnology in Madrid, Spain. He received his Bachelor of Science in Biochemistry and a Master’s in Molecular Biomedicine from the Universidad Autónoma in Madrid, and he is currently enrolled in a Master’s Degree in Secondary Education Teaching. He serves as the youth leader of a wonderful group in his local church in Aranjuez, where he also works in children’s ministry. He is an Associate of the Spanish Science and Faith group and has worked as a student leader for GBU (the Spanish IFES movement). He loves cold weather, cheese, reading and travelling, and prefers questions rather than answers.

[1] Carroll, Lewis: Through the Looking-Glass and What Alice Found There, Chapter 2.

[6] Canestrari et al. (2014) From Parasitism to Mutualism: Unexpected Interactions Between a Cuckoo and Its Host. Science.