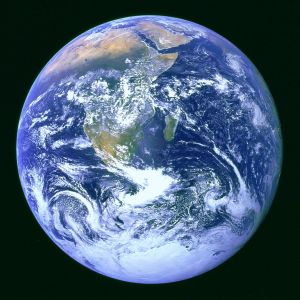 Are we alone in the universe? Is there alien life out there somewhere? These are questions that have long intrigued humankind. Answers have ranged from the optimistic postulate by Frank Drake forty years ago of more than 1,000 civilizations in our galaxy alone to the much more pessimistic opinion of the astrobiologists, Ward and Brownlee, in 2000 that complex life may be extremely rare in the universe at large. Whereas the latter authors contend that intelligent life may be scarce, they express the belief that simple (microbial) life is abundant in the universe.

The likelihood of simple life being widespread depends, of course, on the probability of life’s origin. On this question there is again a wide range of opinion among scientists. Ward and Brownlee believe that life’s origin on Earth was highly probable and microbial life is common in the universe because it occurred so quickly on the geological time scale here on Earth. Life is believed to have appeared on Earth relatively soon after the planet formed and cooled down enough to allow liquid water to exist at a habitable temperature. There is indirect evidence in the form of carbon deposits with C-12 isotopic enrichment attributable to living organisms as long as 3.8 billion years ago, just after the last large series of meteor impacts on the moon and presumably on the Earth as well. However, not everyone in the scientific community is persuaded that life has a high probability of getting started on any planet, including planet Earth.

Jacques Monod, Nobel laureate in Biology, once likened the origin of life to winning a lottery. He believed this event was very improbable based on the extreme difficulty of explaining it scientifically. He wrote that it was a pure stroke of luck and “our number came up in the Monte Carlo game.” Richard Dawkins once asked the question, “What is the largest single event of sheer naked coincidence, sheer unadulterated miraculous luck that we are allowed to get away with in our theories, and still say that we have a satisfactory explanation of life?”[1]Dawkins’ answer:  “The maximum amount of luck that we are allowed to assume, before we reject a particular theory of the origin of life, has odds of one in N, where N is the number of suitable planets in the universe.”[2]Of course, if the odds are much better than one in N, that would be like buying many tickets in the lottery making it likely that many planets would “win.” But if the opposite is true, then Monod’s analysis is accurate, winning planets would be rare, and obviously we could only be on one of the small number of winners, or maybe the only one.

Most current origin of life scientists are convinced that life has a relatively high probability of appearing on a temperate, rocky planet with abundant water. Their confidence cannot be based on knowledge of the probabilities involved, however, since this would require an understanding of how life got started. At the present time, the origin of life remains one of the great unanswered mysteries of modern science. It can be argued that without a clear scientific explanation of life’s origin from inanimate matter, estimations of the odds for life’s appearance remain extremely uncertain.

Meanwhile other contemporary scientists have suggested that the probability of life’s origin may be miniscule based on our current understanding. For example, physicist Paul Davies opines that “we may be living in a universe that has 1020potential Earth-like planets within the body of space we can see. But 1020is a trifling number compared to the odds against shuffling those molecules into the right formation. If it happened by chance shuffling, we’re it.”[3]Davies remains hopeful that scientists will discover new principles that will help to explain how life emerged from inanimate matter, which would improve the odds. One extreme example of a molecular biologist in the low probability camp is the Russian-born American, Eugene Koonin. He is so pessimistic about the probability of life’s origin that he suggests that the number of planets in the universe is not sufficient to compensate. He therefore resorts to the postulate of a multiverse, proposing that 10500universes may be necessary.[4]

There currently remains no definitive scientific answer to the question of life’s probability. We may well ask, what are the philosophical/theological implications? The difficulty of explaining life’s origin and the accompanying estimates of low probability have led some Christians to bring God into the picture. Design by an intelligent creator is invoked or the special, miraculous intervention by Jehovah is cited as an explanation for what seems to be a miraculous appearance of life. In the former case, design is predicated on the extremely low probabilities for life in some current estimates. When the probabilities are too low to attribute the event to chance, the action of a designer is invoked. In the latter case, God is inserted into the picture where science has failed—a classic “God of the gaps” maneuver. I would argue that neither approach is sound theologically. God is sovereign over all his creation, both the probable and the highly improbable. What may appear to us as a random event with a probability of virtually zero, is still the result of the will of him who upholds the entire universe by his powerful Word.  Our appropriate response is to applaud the efforts of scientists attempting to understand creation, including how life got started on this planet, all the while continuing to give glory to the Creator for the matchless creativity exhibited in this marvelous universe. 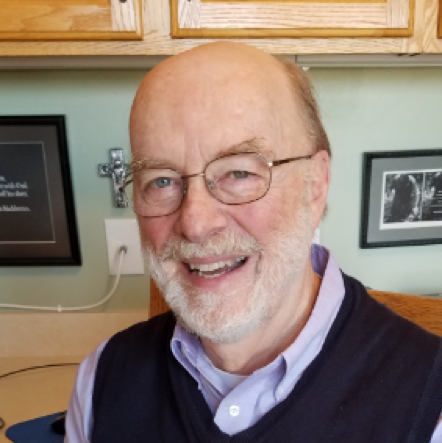 Larry Funck is an Emeritus Professor of Chemistry at Wheaton College where he has taught since 1969. In 1995-96 he served as a Fulbright Fellow at the National University of Lesotho in southern Africa. From 2009 to 2013 he was Chief Reader for the College Board’s Advanced Placement Chemistry program. He currently teaches the origin of life component in the Theories of Origins course at Wheaton and is a co-author with the other faculty of a textbook entitled Understanding Scientific Theories of Origins: Cosmology, Geology, and Biology in Christian Perspective to be published later this year by InterVarsity Press. Married for over fifty years, he enjoys classical music, following major league baseball and learning to know his grandchildren.

Category: Chemistry, Extraterrestrial Life, One In A Million, Origin Of Life, Wonders Of The Living World