Guest Post: Consider the Ant – the story of insects in science and theology 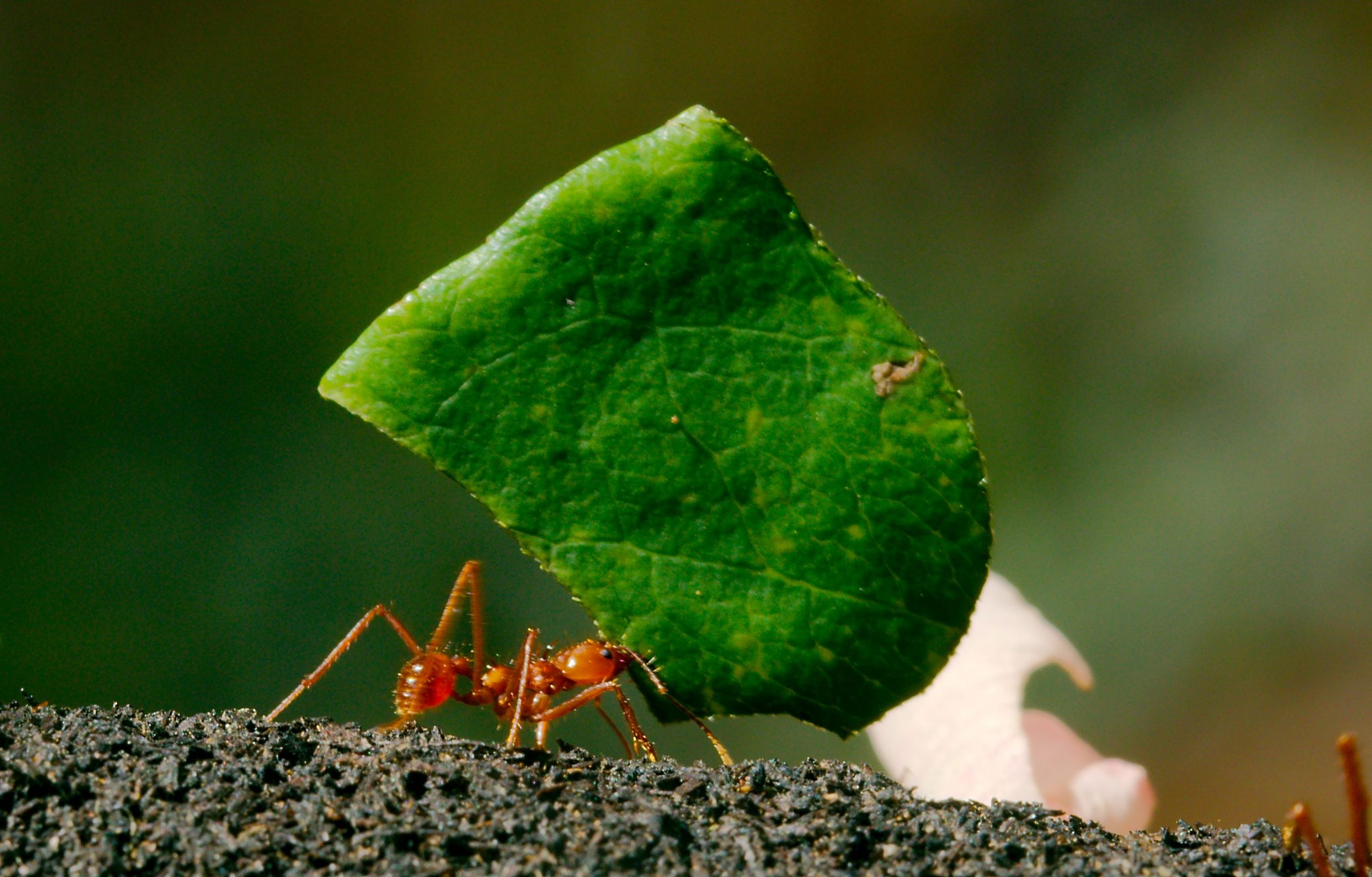 No animal or plant group can quite match the insects for their diversity, profusion (in numbers of species as well as numbers of individuals), adaptability, mobility – or in a word, their ‘evolvability’. Albert Schweitzer, the great organist, theologian and humanitarian, said about the music of Johann Sebastian Bach, the apotheosis of the Baroque style, if not music as a whole: “…Bach is… a terminal point. Nothing comes from him; everything merely leads up to him”. Something similar could also be said of insects. Whether swarming, creeping, burrowing, swimming; armoured, slimy, spiky, fury; green, brown, transparent or iridescent; insects fill and adorn our planet like a Bach fantasia and fugue within a gothic cathedral.

We mammals might have the last word in thermoregulation, parental care or cognitive ability, but the versatile insect body plan has kept options open in a way that has led to a myriad of solutions to life’s problems over the last 400 million years. Contrast this with ourselves – supposedly the pinnacle of mammalian evolution. Without our brains, we would be lumbering bipeds with a low birth rate and few natural defences. With our brains, we now dominate (and domineer) the planet. But which species will ultimately prevail in the next million years – human or cockroach – is by no means a foregone conclusion!

There are about a million described species of insects in contrast with approximately 300,000 plants, 100,000 fungi, 350,000 other invertebrates and a mere 65,000 chordates. Within the Class Insecta, the order Coleoptera (beetles) is the largest, with approximately 360,000 named species, causing the biologist J.B.S. Haldane famously to comment on “God’s inordinate fondness for beetles”.

Along with their jointed-limb cousins, insects belong to the Phylum Arthropoda and benefit from all the advantages that membership of this group brings, such as armour protection, rapid locomotion and specialised appendages. But what sets the insects apart from their crustacean (shrimps, etc.), arachnid (spiders) or myriapodan (centipede & millipede) cousins are more specialised features, such as their waxy cuticle (allowing conquest of dry, terrestrial environments), the presence of up to two pairs of wings (the advantages of flight going without saying), and in more ‘advanced’ orders, the ability to undergo developmental metamorphosis (egg/larva/pupa/imago) that allows exploitation of different habitats, food sources and niches.

Insects evoke a wide range of emotions, from fascination to fear and from delight to disgust. Perhaps this is not surprising given that no other group of animals contains such a wide range of exemplars in omnivory, parasitism, fecundity, aeronautical wizardry, social organisation, kaleidoscopic colouration, and so much more. So, while we marvel at the beauty of the Morpho butterfly, we are also simultaneously fascinated and repulsed by the ichneumon wasp as it injects a caterpillar with surgical precision, survives the onslaught of the host’s immune system, and modifies the behaviour of the host to its own advantage.

Insects really are a one-stop shop when it comes to sampling the wonders of God’s microcosmos, and most of them are in our back yard, ready to be observed with a bit of patience and perhaps a camera.

There are also many references to specific kinds of insects, but the authors’ purposes for mentioning them tend to fall into just a few categories such as:

Not a very flattering set of references you might think, apart from the ant. Why no mention of the beauty of the butterfly or the alacrity of the dragonfly? Why not more use of the apparent altruism among the social insects?

Well, there are many possible answers to those questions, ranging from ‘the writers never encountered them’ to ‘most insects were considered unclean and therefore unsuitable as role models’. But the list above does perhaps contain hints as to how God expects us to benefit from his insect creation. Like all animals, insects have their intrinsic value and glorify God per se, just by doing the insect-y things they do. That must surely include the ichneumon wasp as much as the butterfly, so let’s save a little awe and wonder for these wonderful parasites and seek to understand them better before dismissing them with a “yuk”!

But what about their utilitarian value? If we consider Proverbs 6:6 “go to the ant…and consider her ways” (i.e. diligence) as a specific form of the more general case “go to the X…and consider her ways”, where X is any insect or indeed any creature, then how useful could this be? How much better vice-regents of the planet could we be if we took seriously the Bible’s use of insects as food resources, role models, symbols or warnings?

Andrew Jackson is Director of External Affairs at the Faraday Institute for Science and Religion. He has a MA in Zoology from Oxford University and a PhD in biomaterials from Reading University, after which he spent over 25 years in the MedTech industry working in research and development and business development. Andrew joined the Faraday Institute in 2016 to help with strategic planning, fund-raising and external engagement, combining as it does, his life-long passion for science & religion and commercial enterprise. Andrew’s third passion is entomology and he sometimes regrets not having become a professional entomologist!