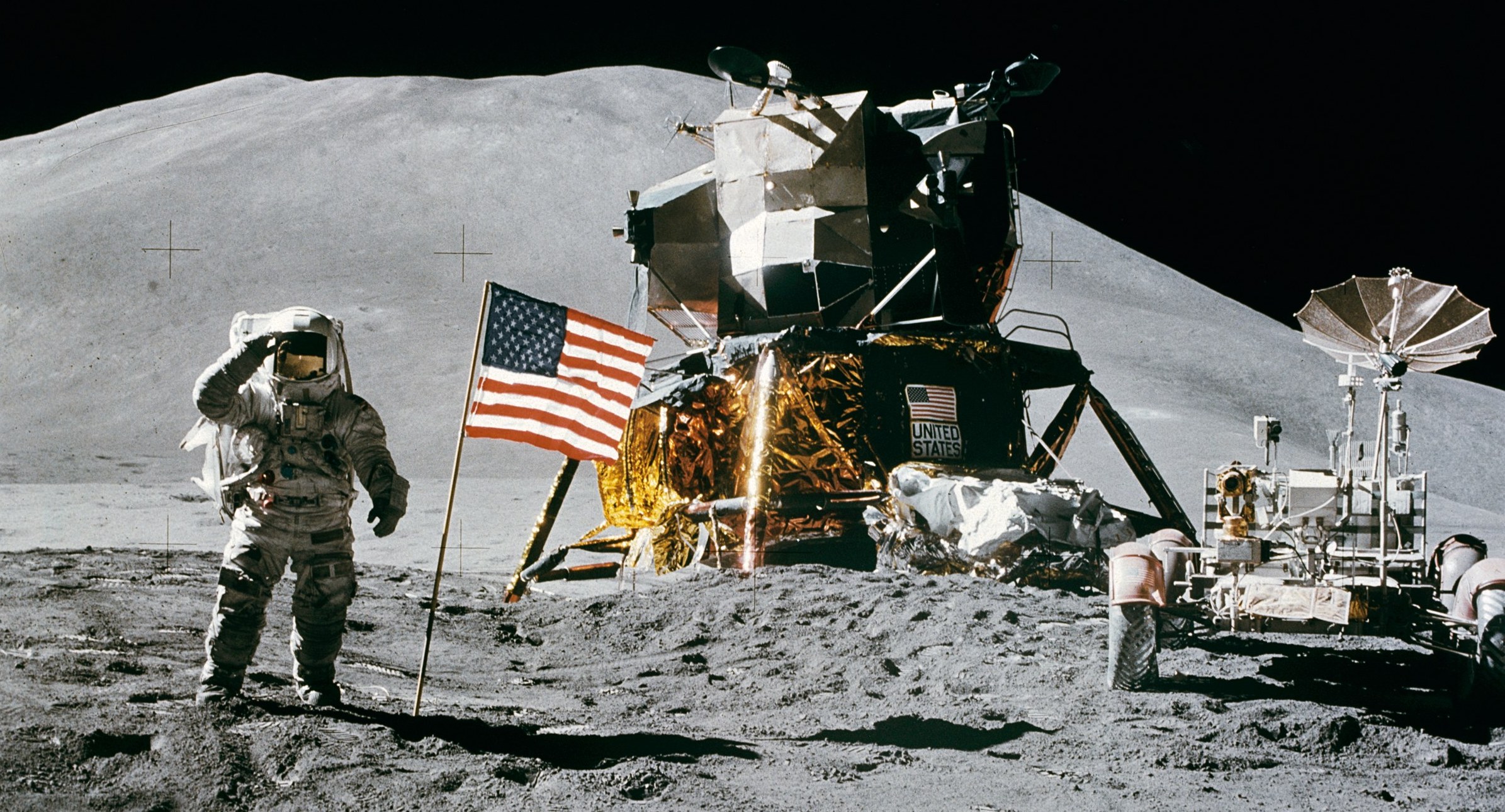 At the start of my Easter sermon (April 21st) this year, I intend to show a brief but hilarious video about the first manned moon landing by Armstrong and Aldrin on Apollo 11. I’ll explain more about this clip later but one reason why it’s a good one for my Easter 2019 talk is that July 20th this year is the 50thanniversary of Apollo 11’s historic lunar landing. In fact, I’m suggesting that as many churches as possible might mark this Golden Jubilee by making Sunday July 21st‘Moon Walk Sunday’.

During Advent 2018 some of us may have listened again to the stunning recording of Apollo 8’s crew, broadcasting from moon orbit on Christmas Eve 1968, as they read the opening verses of the Bible from Genesis chapter one. That reading incurred the ire of the founder of the ‘American Atheists’ who sued the US government for having a religious reading on a government sponsored mission. This objection led to one small part of the first lunar landing being kept quiet at the time.

Though controversy has surrounded the astronaut Buzz Aldrin in his later years, in 1969 when he and Armstrong landed on the moon, Aldrin was an elder at his church, the Webster Presbyterian church in Houston, Texas. He obtained permission from NASA to take with him some bread and wine for holy communion and a tiny chalice 3 and a half inches high. Available to all is the recording of Buzz Aldrin talking to Mission Control from the Lunar Module on the moon’s surface, shortly before the first moon walk took place. In it, Aldrin says, as he was taking Holy Communion on the moon:‘I’d like to take this opportunity to ask every person listening in, whoever and wherever they may be, to pause for a moment and contemplate the events of the past few hours and to give thanks in his or her own way’.

Aldrin later wrote: ‘I poured the wine into the chalice our church had given me. In the one-sixth gravity of the moon the wine curled slowly and gracefully up the side of the cup. It was interesting to think the very first liquid ever poured on the moon and the first food eaten there, were communion elements’. And now every year at Webster Presbyterian Church in Houston they celebrate Lunar Communion Sunday on the Sunday nearest July 20th.

A number of high-profile exhibitions and events to mark the 50thanniversary of the moon landing have been announced including those at Ely and Lichfield Cathedrals. But it’s perfectly possible for local churches to join in the celebration by making Sunday July 21st2019, ‘Moon Walk Sunday’. It’s actually the day that 50 years ago Armstrong and Aldrin first walked on the moon. We can rejoice in God-given gifts of ingenuity and creativity that got them there and back with 1300 times less processing power than an iphone 5s. Apart from hearing Aldrin’s communion recording, there could be interviews with people who remember the moon landing happening, asking what they recall and what they felt about it. There’s footage of the landing itself as Neil Armstrong took manual control of the lunar module to fly it over some boulders to a smooth area. There’s a great story of the feeling of closeness to God that James Irwin of Apollo 15 experienced when he prayed for help on the moon’s surface as he struggled to set up an experiment.

But back to that video I’m using at Easter – it purports to be of Neil Armstrong’s momentous ‘one small step…. one giant leap’ onto the lunar surface. However, in this video, immediately after Armstrong has uttered his immortal words, a bank of stage lighting crashes onto the ‘set’ and the ‘lunar surface’ is soon filled with technicians, some pushing ‘Armstrong’ back up the ladder and others patching things up for another take.

It’s become part of the spirit of our age to love conspiracy stories and indeed to suffer from too much ‘fake news’. There are still people keen to convince us that the moon landings were fabricated by the American government.

The right response is to gather the evidence that’s available from many sources that the moon landings are no hoax. This includes carefully replying to the objections raised about the veracity of the moon landings, showing how strong the evidence is that the moon landings did happen and also exposing how unlikely the alternative story is. This response provides the right framework for discovering the truth of Easter too. John Lennox helpfully writes about applying science to history. He notes that when dealing with any unrepeatable event, like the resurrection, we cannot use induction where an experiment can be done to verify our explanations. Instead we have to use the kind of forensic process familiar to us from detective stories, where we have to make an inference to the best explanation. We have to examine the evidence for the resurrection of Jesus and also show why alternative explanations are weaker or flawed, even if the conclusion we reach is the most amazing one we’ll ever discover – that Jesus is alive today! 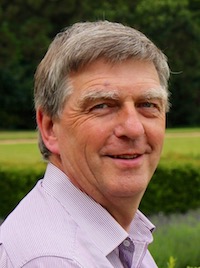 Revd Dr Stephen Bellamy has been vicar of All Saints Faringdon since 2016 when he moved from St Nicholas Durham, having previously served in churches in Liverpool diocese. He originally studied chemistry and worked for Boots in Pharmaceutical Production Management in Nottingham. He’s been interested in astronomy since childhood and in 2006 completed a Ph.D. on genetics and ethics, looking at how a Christian view of what it means to be human can help us make decisions about interventions like gene therapy. Steve is a founder member of the Society of Ordained Scientists and is a member of Christians in Science. His fervent hopes for a Welsh Grand Slam have been fulfilled.