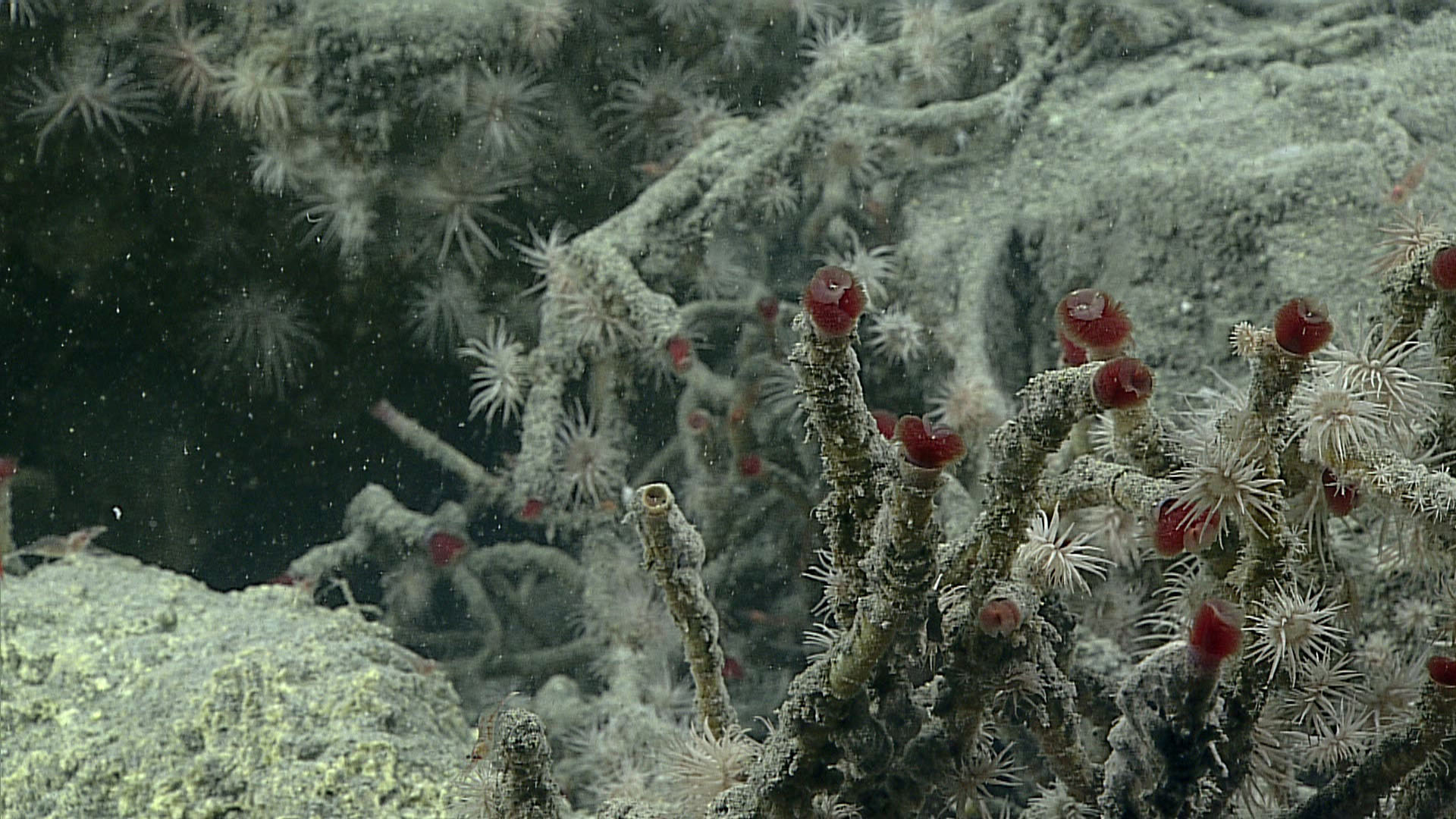 Tube worms. Image courtesy of the NOAA Office of Ocean Exploration and Research, 2016 Deepwater Exploration of the Marianas

How do you imagine a coral reef? Have you had the privilege of seeing one through your own dive mask, or have you sat in the comfort of your living room watching beautifully shot images set to dramatic full orchestra soundtracks?

Healthy coral reefs are a festival of colour, shape, sound, and activity. They are full of interesting characters, each playing their part in the functioning of the ecosystem – from the sponge that filters out harmful viruses from the water column to the noisy parrot fish that scrapes away algae with its beak-like mouth, making space for coral.

Yet the Intergovernmental Panel on Climate Change (IPCC) latest report warns us again that the future is not bright for our reefs. Even with warming limited to 1.5°C above pre-industrial levels, we can still expect a 70-90% decrease in coral- although that is better than the total coral loss predicted for two degree rise.

Most of us feel sad on hearing this, and not just because of the services that these ecosystems provide us with. We feel sad at the loss of diversity, of inspiration and beauty from the planet. Having marvelled first hand at a coral polyp opening up its tentacles to feed at night, I regret that my daughter may never have the opportunity to see a living coral with her own eyes.

But what about the places we do not know much about, such as the deepest trenches of the oceans? How do you imagine those? Dark, scary, full of ugly creatures with teeth made for flesh-ripping and unknown monsters lurking in a dark soup? How do you feel about these being damaged by human activity, such as deep-sea mining, changing ocean acidity and temperature, and bottom trawling?

Aldo Leopold, one of the early fathers of conservation ethics, wrote that “we can be ethical only in relation to what we can see, feel, understand, love, or otherwise have faith in” (Leopold 1949). The deepest parts of the oceans are a prime example of the unknown, unexplored, and feared. Biblical authors used the oceans to signify chaos and danger (Srokosz & Watson, 2017), perhaps because they had little information about what drove the raging waves or how much of the myths about giant creatures rested on real encounters. Today we know a little more of what lies beneath the big blue sheet, yet most of us won’t come to love the spiky teeth of the trigger fish or the colossal squid’s tooth-ringed suckers.

As Leopold suggests, lack of knowledge and familiarity can lead to lack of care or value. None of us will see the deepest depths of the oceans first-hand any time soon. Most of us will never understand the wealth of creatures that occupy these hostile places nor the extent of the adaptations they have developed to survive. Yet humans are called by God to take care of them (Genesis 1:26), to see them with value, and to be caretakers of the deep.

The Bible reminds us that beyond our knowledge of any habitat on earth, or lack thereof, there is a God who knows it deeply and delights in it (Psalm 104:31). A quick glance at God’s speech to Job reminds us of this: “Have you explored the springs from which the seas come? Have you explored their depths? (Job 38:16). The very God who created the heavens, the earth and its oceans called them “good” (Genesis 1:10 etc.). All of creation testifies to the glory of God (Psalm 19:1). David writes that even the monsters of the deep are to praise the creator, for he bought them into being (Psalm 148:5,7 paraphrased).

Because of his generosity, God also chooses to reveal himself through what he has made (Romans 1:20). The oceans testify of his extravagance, abundance and playfulness. David describes how God made the Leviathan to play in the sea, which itself is “teeming with life of every kind” (Psalm 104:24-26). I imagine God delighting in the lightshow produced by the 90% of animals in the mesopelagic zone (200-1000m depth) which have bioluminescence, in the pelican eel who is able to inflate its mouth when feeding, and the new born dolphin clumsily taking his first swim.

Knowledge of marine ecosystems is needed to equip decision makers with the tools to protect them well, but we do not need to wait to uncover the unknown before we see the oceans as valuable. Every part of the ocean needs protecting, from the delicate coral to the mysterious monsters of the deep, and from the parts we are getting to know to the acres that are still unexplored, because they are already known and loved by the one who made them. 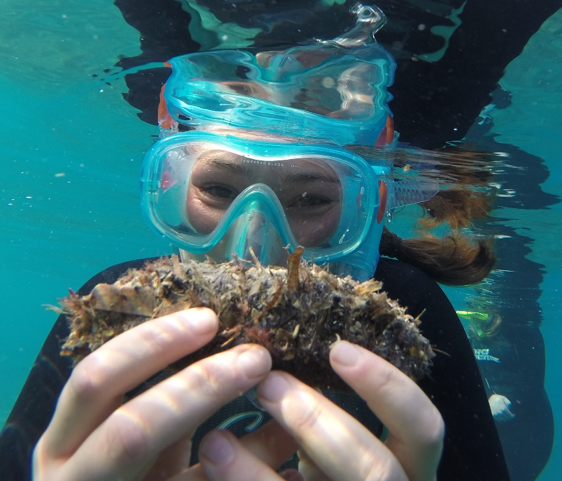 Aline Nussbaumer has a BSc in Ecology and the Environment and has taken part in ecological surveys of marine ecosystems in Madagascar and Kenya. As part of the A Rocha marine team, Aline has developed resources to combat microplastic pollution in the oceans. She has been part of the community at les Courmettes, an A Rocha France centre, for three years with her husband David and daughter Miriam.