The mist wisped its way over the sea towards the shore, curling over the beach and on to the promenade.  A deepening haze softened the contours of the beach huts and the cliffs behind.  I walked more slowly, feeling my way ahead.  The air was unusually still.  Scanning the beach I glimpsed a shape there.  It seemed to be blue and white; an abandoned deckchair perhaps?  Coming closer I could see it was a figure stretched out in the sand. Probably one of those giant puppets from yesterday’s carnival.  Then I heard a faint moan.  I approached cautiously.  As I drew closer I could see wide canvas trousers and a short jacket with brass buttons. A scene from my childhood floated past me.  It was a wet day and I was asking when it would be dry enough to play outside.  ‘Is there enough blue sky to make a pair of sailor’s trousers?’ my mother asked, looking up at the sky.  So perhaps this figure was a sailor?  He seemed rather small.  There was seaweed hanging from his body.  Had he nearly drowned and been washed ashore?  I hesitated, being somewhat squeamish and also aware that I was on my way to a rehearsal.

Then the little mariner opened and closed his mouth rather the way a fish might, as though struggling for air and he twitched his, well, his leg.  To my horror I realized he had only one.  Who was he? His jaunty mariner’s costume resembled that of a favourite childhood toy called Sailor Sam.  The latter was an adventurous knitted creature whom I would perch astride a cardboard box boat, shouting ‘Heave ho my hearties!’  Sitting astride anything would be difficult for this particular sailor, given that he had only one…I gasped as the trouser leg flapped, revealing a large, fishy tail; a tail, moreover, that was injured. This required more than human first aid. Should I call the RSPCA?  Then out of the corner of my eye I noticed a pelican perched on the promenade staring greedily at the tail.  Perhaps the fishy sailor had been washed ashore and then attacked by the pelican?  Wasting no time and following the sailor’s gaze as he looked longingly out to sea, I half carried, half dragged him to the water’s edge, whilst keeping the pelican in sight.  The water was too shallow at first, so I continued wading out until he was afloat. With my eyes fixed on the predatory bird I failed to notice the giant wave rising out of the mist behind me.  I caught only a glimpse of the huge, curved menace before it crashed down upon us both, sweeping us under the water and out to sea.

It seemed as though I awoke from sleep and found myself swimming deep under the ocean with Sailor Sam moving along ahead of me.  He was leading what I can only describe as an aqua conga; darting, diving, soaring and swishing that tail of his which now looked completely healed, and beckoning me to follow.  My progress was a little erratic and more arduous, due to lack of a tail.  Noticing this, Sam flipped on to his back, indicating that I should do the same.  Above me, instead of sky was an interleaving of every kind of sea plant, some green, others pink or purple or brown, all delicately swaying and glinting with captured light.  Entranced, I allowed the water to carry me until I gently bumped against what felt like a smooth, leathery wall. 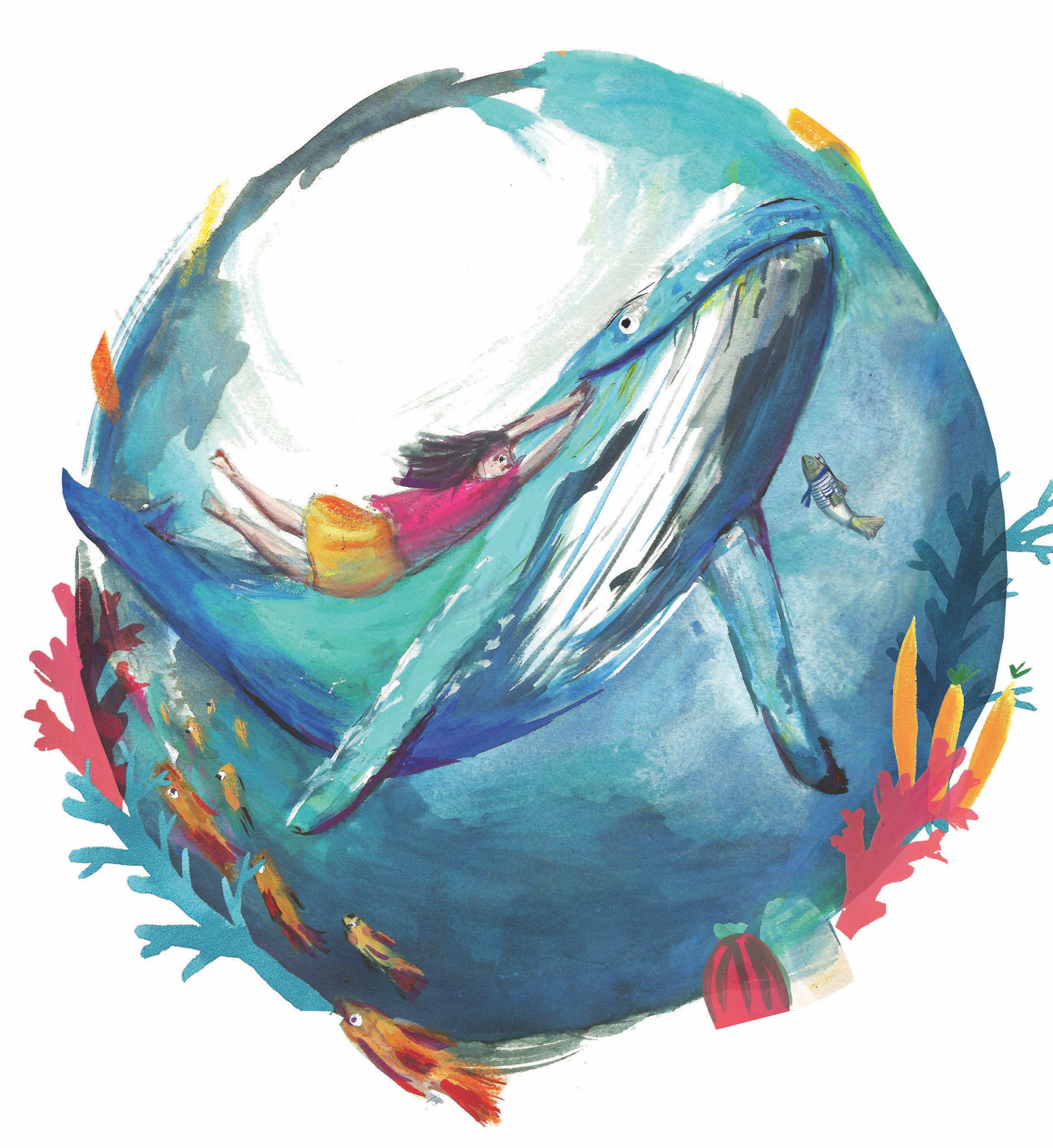 ‘Not wall, but Whale,’ bubbled Sam, as if reading my mind. ‘Limpet her.’  So, I clung to the whale like a limpet as she glided through the water.  As I did so, tears came to my eyes.  Her body was rippling sorrow through me.  Her high pitched song was a haunting lament.  I was puzzled.  The water was a little murky here, but all was peaceful.  Then I saw angular, brown, layered structures rising up through the ocean, rather like rock formations in a desert.  Some were as tall as sky scrapers. Their corners were jagged and sharp. It occurred to me that it was these that had injured Sam’s tail, rather than the pelican.  Sam called them ‘Ledgers’.  ‘Not ledges?  You know, shelves?’ I asked.  He shook his head.  ‘Ledgers list bad things.’  My curiosity roused, I turned to Whale.

‘When whales are beached

when fish or seaweed die, 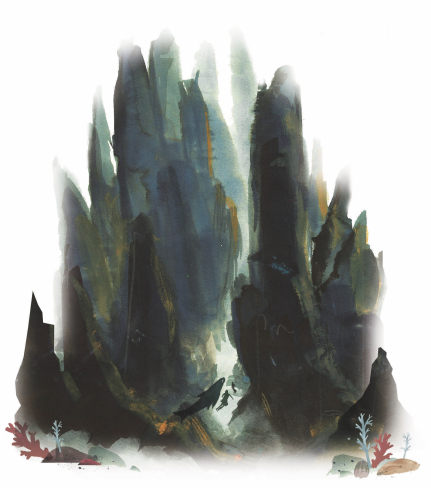 Apparently the ledgers used to be small but now they are growing rapidly.  Sam’s bubbling and Whale’s lament conveyed a deep alarm about the state of the ocean. Surely they could move to a different part of the ocean and forget about the ledgers?  Whale’s high pitched cries signalled indignation at the thought of ignoring the crisis.  I asked how they might stop the ledgers.  Whale appeared surprised.  ‘You are the one who knows that!  Isn’t that why you are here?’ she sang.  ‘Me? I’m here by accident.  I’m only a visitor.  It’s the first time I’ve seen these, these ledgers.’  I struggled with the word, feeling sure that they should be called ledges.  When I wondered aloud if there might be something different about the water, Whale said it was getting warmer and it tasted bitter.  More sea creatures were dying and as their names were added to the ledgers so the latter grew.  ‘A culmination it is,’ said Sam.  ‘You mean accumulation,’ I corrected.

They both rounded on me, telling me that I was clever.  ‘Super humanistic,’ added Sam.  They declared that I must do something.  When I pointed out, rather scientifically I thought, that I was just a minuscule particle of matter in this vast watery space, Sam bubbled that I was not only a particle, but also a Particular.  ‘And a Human Particular, as it happens,’ added Whale.  According to Whale a Human Particular has power. We can eye the whole ocean, we can eye the entire earth.  There are billions of us and our eyes are like the greedy eyes of the pelican. When we eye the ocean the life within it shrivels and the ledgers start growing.  The two sea creatures were now eyeing me hopefully, seeking my understanding and assistance.  What could this Human Particular do?

Whale asked me what I was good at.  ‘Well,’ I hesitated, ‘I suppose I’m good at dancing.’  As I said this an idea surfaced.  The dance routine I would be rehearsing that morning was one the company had done many times before.  I had wanted to compose a new dance for the carnival.  This might be the opportunity I was looking for; new steps; a dance that expressed the accumulation of the ledgers; the injuries sustained by sea creatures as they scraped past them.  The pelican might add a comic touch, perhaps?  My imagination was moving rapidly.  It could work.  I would need to get back to the studio quickly, not only to map out the steps but to write the story.  As though reading my mind Whale began pushing me upwards and then sent me flying back on to the beach using her water spout.

The mist was clearing.  I could now see the way ahead.

This story was originally published in Green Christian magazine, and is produced here by kind permission of the editor. 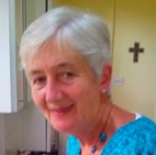 Christine Bainbridge is a retired priest from Reading. She enjoys writing stories to raise awareness of climate change.