Guest Post: A Hominin By Any Other Name (Would Be Just As Wise) 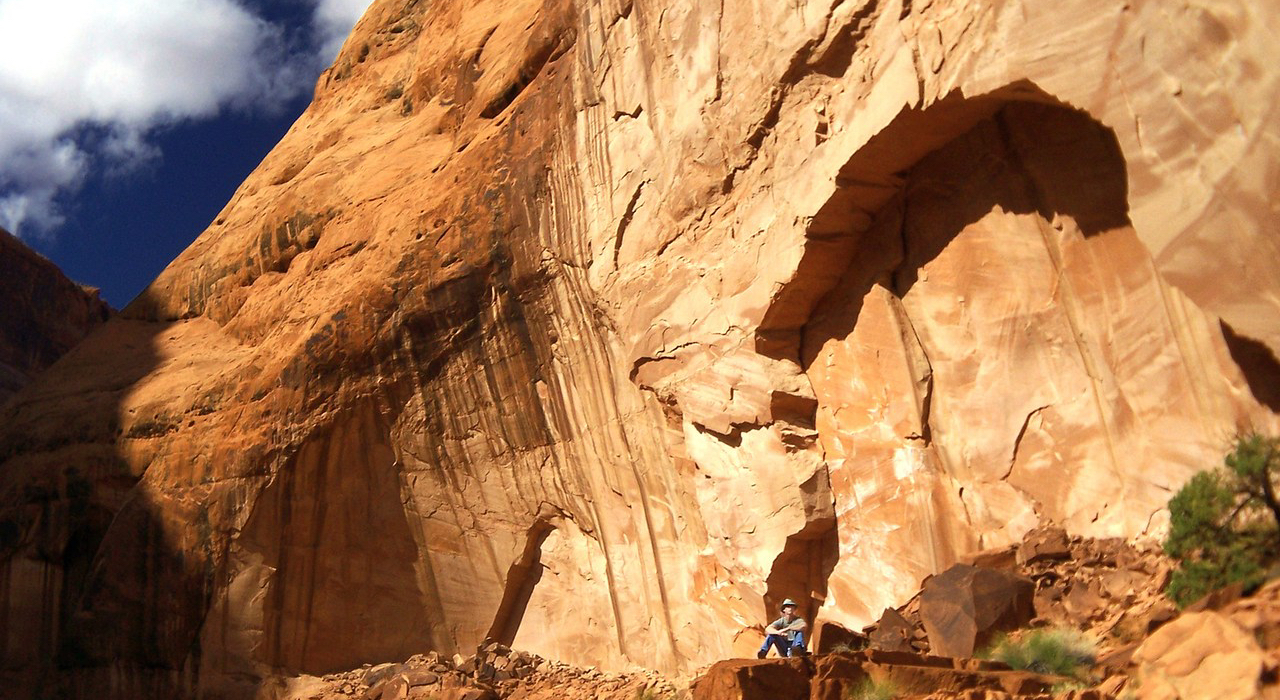 If you were asked to define the entire human species with one word, what would it be? Think about it. Tricky, isn’t it? When Linnaeus formalised the scientific method of naming species in the 18th-century, he settled on ‘wise’ as our defining characteristic. He called us Homo sapiens, literally meaning ‘wise man’. Was he right to do so? Is that what God created us to be?

The difficulties of defining and naming species continues to this day, never more so than in the field of paleoanthropology. When faced with a fragment of skull and half a femur, how do you decide if you’ve discovered a new species of ancient hominin? And, if you have, what do you call it?

Perhaps unsurprisingly for someone who chose a degree in science but became a novelist, my favourite thing about studying human evolution was the names. I loved the way the Latin rolled off my tongue, formal and exotic. Most of all I loved the literal translations. My favourite hominin is three million years old and unusual due to it lacking the prominent jaw found in other contemporary species. Its name is Kenyanthropus platyops. Now isn’t that a marvellous name to say? And how much more marvellous it is when you realise that the literal translation is ‘flat-faced man of Kenya’. Similarly, I was delighted to find there was another hominin called Australopithecus garhi, or ‘surprise southern ape’.

When it comes to classifying hominin species – that is species that are closer relatives to modern humans than chimpanzees are – people tend to fall into two categories: lumpers and splitters. Lumpers prefer to group fossil finds together as the same species where possible. Splitters like me seize on the differences. We relish the opportunity to declare a possible new species. For example, splitters might welcome Homo rudolfensis (‘man from [Lake] Rudolf’) to the human family tree; lumpers might claim those same fossils merely represent more examples of Homo habilis (‘handy man’).

Classification gets increasingly controversial the further back in time we go. The line tracing the evolution of humans isn’t so much an elegantly-branching family tree as a tangled family thicket. By the time we’re digging up fossils that are seven million years old it’s hard to tell if they are hominins at all, or merely hominids along with chimpanzees, orangutans and gorillas. Even the relative position of modern species can cause controversy, with some people claiming that chimpanzees should be reassigned from Pan troglodytes to Homo troglodytes – another species of human. It is hard to get agreement on defining a genus – even if the fossil record provides information on diet, bipedalism and brain size – let alone agreeing on a species name. Southern ape (Australopithecus), or ape-man (Pithecanthropus)? Ground ape (Ardipithecus) or nearly-man (Paranthropus)?

This of course throws up many questions for a Christian anthropologist. If man is made in the image of God – imago dei – then what does that mean for the species of human that evolved, lived and became extinct? Homo erectus (‘upright man’) alone is thought to have existed for up to two million years – ten times as long as our own species has made it so far. There is evidence that H. erectus lived in hunter-gatherer groups, used tools and fire, maybe even made rafts. Were they people or animals? Then there are Neanderthals. There is still debate over whether Homo neanderthalensis (‘man of the Neander valley’) should become a sub-species of our own – promoted, as it were to Homo sapiens neanderthalensis. Our DNA certainly suggests our ancestors interbred with these Other Humans. Neanderthals may possibly have had burial rites, jewellery and art. Even to have to consider that they might have done, shows that these were intelligent, social creatures, maybe even intelligent, social people. Did they bear imago dei?

We can’t know, of course. I don’t think the idea of man bearing the image of God was ever meant to be a question of whether God had brow ridges, or to define his cranial capacity. After all, if God is meant to physically resemble modern humans, what colour is his skin? Is his hair curly or straight? Imago dei must surely be to do with our abilities and relationships, our capacity to reflect the love of God – our humanness. Whether that was conferred on us gradually over millions of years of evolution, or was a sudden revelation to a specific individual or group of Homo sapiens, I don’t know. I’m not sure it matters. I find it astounding to think of life on earth evolving not just into the cornucopia of physical forms we see today, but evolving too in its understanding of the creator behind it.

God loves His creation. All of it. He loves every sparrow, lily, triceratops and australopithecine that has ever lived. In the Genesis story of creation God asks Adam to name all the animals of the earth. It is a process that we are still getting to grips with.

If I was naming our species today perhaps I would choose Homo astutus, ‘clever man’. As an animal species we have done well for ourselves. We build cities and make medicines and produce art and launch ourselves beyond the earth’s atmosphere and invent names such as Kenyanthropus platyops. We are undoubtedly clever, but wise too? The Bible tells us that wisdom is about listening well, speaking carefully and seeking God. Maybe then, Homo sapiens could be translated as ‘man who seeks God’. Maybe Linnaeus was right after all.

Chloe Banks is a prize-winning short story writer and novelist who lives on the edge of Dartmoor with her husband, two young sons and an overactive imagination. At the age of 19, having become overwhelmed by the evidence in favour of Christianity, she became a Christian and is now part of a rural community church. While studying Biological Anthropology at the University of the West of England in Bristol, a friend dared her to enter a novel-writing competition for undergraduates. The novella she produced was shortlisted and the writing bug had bitten. Her first novel, The Art of Letting Go (Thistle Publishing, 2014), has been a kindle bestseller, and was nominated for the 2016 People’s Book prize. Find out more about Chloe at www.chloebanks.co.uk.