Am I Just My Brain? 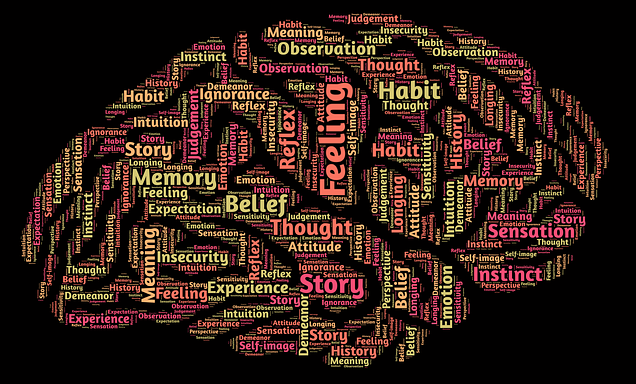 I will never forget the day I saw a human brain removed from a corpse. At that moment, I was already very familiar with the human brain, having spent years imaging and studying it. Yet, this experience was different altogether.

A group of us, dressed in green robes, wearing blue plastic shoes, were in a dissection room in a medical school. The  icy formality matched the cold air of the surroundings. The pungent smell of formaldehyde, used to preserve human tissue, filled our nostrils. The body of an older woman lay on the bench before us.

This was not the first time I had seen a corpse, but there was something different about this setting. The woman had donated her body to medical research. We were there to study the anatomy of the human brain, and the first stage was to watch its removal from the body. Our anatomy professor and instructor began. There was no blood involved as the person had died some time ago, but a lot of sawing and, at times, brute force to cut around the skull to expose the brain. Despite the clunky technique, it was a deeply sobering and reverent experience, conveying utmost respect for the unnamed woman who had given her body so that others could learn.

A few minutes later, and there it was in its entirety. A mass of water and fat, weighing just 1.5kg (3.3 pounds). I went into study-mode thinking less about the person and more about the anatomy of the brain. Yet, it was undeniable that on the table in front of us was the mediator of the thoughts, feelings, longings and experiences of this unnamed woman.

To the touch, the human brain is not unlike the consistency of mushroom. Yet, mercifully, you do not have mushroom between your ears. Quite the opposite. This incredible organ comprises just 2% of the body’s weight, yet it uses 20% of its energy, despite being nearly 75% water. The human brain contains roughly 86 billion brain cells known as neurons. Each of those neurons can send up to 1000 nerve impulses per second to tens of thousands of other cells, at speeds of up to 430 km/h (268mph). As you are reading these words, your brain is generating enough electricity to power an LED light, and every minute enough blood flows through your head to fill a wine bottle. The human brain is more developed than in any other creature, although the prize for the biggest brain goes to the sperm whale, weighing in at 7.5kg (17 pounds).

Every thought, memory, emotion and decision you make is filtered through this thing known as your brain. Changes to the chemistry and physiology of our brains affect our capacity to think. For example, just a small amount of de- hydration can dramatically affect our attention span, our memory, and our ability to think clearly. And many of us know that a morning shot of caffeine is vital to kick-start our thinking processes at the beginning of a new day. But we now also know that changes to our thinking also impact the brain itself. Scientists used to think the brain was fixed and rigid, but it is now known to be incredibly “plastic”, in the sense that it is constantly changing and forming new connections and pathways throughout a person’s lifetime. Changes to the brain affect our thinking. But our thinking, our lifestyle and our habits also shape the way our brains grow and develop….

What are we to make of this view? According to the “you are your brain” view, neuroscience can now speak to the fundamental question of human identity. For some, neuroscience has become the lens through which we make sense of all areas of life. Brain maps have been used to make marketing decisions, economic decisions, even legal decisions. Rather than asking someone’s opinion, we scan their brain! Professor Raymond Tallis, a retired clinician and neuroscientist at Manchester University, has described this as “neuromania”. Neuroscience has made astonishing discoveries that have advanced our understanding and our ability to diagnose and cure diseases. But have we also become obsessed with the possibility that it could answer the deepest questions of our existence and meaning? …

One way to test a belief is to ask the following three questions.

Is “You are just your brain” a watertight position, or are there internal inconsistencies? Aristotle (c.384-322 BC) made the point that beliefs that only allow for physical things undermine the scientific method itself. The goal of a scientist is to make sense of the physical world. But if we are merely of the same composition as the world we study, then how is it possible to make any form of objective claim? “You are your brain” undermines the practice of science, and, as we will see in subsequent chapters, human rationality as well.

Does “You are just your brain” explain the world around us? Does it make sense of the world we live in? If something is true, then it ought to help us make sense of the world rather than throw us into further confusion. Is this true of the view that a person is their brain? When I think of what it is that makes me who I am, neurons alone seem insufficient.

A large part of who I am comes from an unseen inner life consisting of thoughts, memories, emotions and decisions, none of which are captured by cell voltages, neurotransmitters and blood-flow changes. “You are just your brain” instinctively fails to explain the inner “me”.

Francis Schaeffer (1912-1984) founded l’Abri in 1955, a Christian community in the Swiss Alps, and a haven for those asking searching questions. One of Schaeffer’s convictions was that the extent to which a belief could be authentically lived out and lined up with our experience of life is a marker of its truthfulness. And what is our experience? We live as though we do the thinking, not our brains. Neurons do not think: people think. We live all the time as if there is such a thing as a first-person perspective of the world.

Mindfulness, self-help, counselling, autobiographies, child abuse scandals, or indeed anything that requires introspection, all assume that the first-person vantage-point is real. We live as if there is far more to us than simply our brain.

This post was a series of extracts from Am I Just My Brain? by Sharon Dirckx (The Good Book Company, 2019). Used with permission of the author and publisher.

Short film from the Faraday Institute’s Science and Eternity project: Would you upload your memory?

Dr Stuart Judge, Faraday Paper no. 19. Nothing but a pack of neurons? (pdf)

Talks at the Faraday Institute on neuroscience and psychology.

Short articles and resources on neuroscience.