The claim of biblical theism is that the world in which we find ourselves is not eternally self-sufficient: it has a maker, on whom it depends not just for some initial impulse long ago, but for its daily continuance now.

This is strange language to modern ears. The world we know seems very stable, reasonably law-abiding (in the non-human domain at least) and not at all obviously in need of any divine power to keep it going. Over the past 200 years and more, we have become accustomed to thinking of it as a mechanism, intricate perhaps beyond the grasp of human understanding, but still something self-running and self-contained.

Thinking in these terms, we might see some point in bringing in God as the original creator of the universe; but we might find it particularly hard to visualise any sense in which a universe, once created, could continue to depend on its creator for its existence.

Without pretending to fathom the mysterious depths of these biblical claims, I believe we can get some feeling for their meaning from the imagery of modern physics. Ask a physicist to describe what he finds as he probes deeper and deeper into the fine structure of our solid world, and he will tell you a story of an increasingly dynamic character.

Instead of a frozen stillness, he discovers a buzz of activity that seems to intensify with increasing magnification. The molecules he pictures as the stuff of the chair you are sitting on—and of the body sitting in it—are all believed to be in violent motion, vibrating millions of times in a second, or even careering about in apparent disarray, with an energy depending on the temperature.

Each of the atoms composing those molecules is thought of as a theatre of even more dramatic activity, likened by Niels Bohr to the whirling of tiny planets around a central sun, but nowadays pictured as the vibrations of acloud whose shape and density determine the probability of various kinds of discrete events called light emission, electron absorption and the like.

Modern physics says it is to such elementary events—myriads of them, continually recurring—that we owe all our experience of the solid world of objects. Even the fundamental particles postulated by theoretical physicists as the building-bricks of our world are thought of as spending their time in snapping from one to another of a variety of different states, or even in continually exchanging identities.

For our present purpose, it does not matter for how long physics is likely to go on using these particular images. Their relevance here is merely to illustrate a key concept that, I think, may help us to grasp what the biblical writers mean when they say that the stable existence of our world depends on the creative activity of God. We can call it dynamic stability.

In our everyday experience, chairs, tables, and rocks are typically stable objects. They are there. Nothing may seem to be happening to them or in them for most of their existence; yet the modern physicist is quite content to describe such stable objects as a concurrence of unimaginably complex and dramatic sub-microscopic events, without any suggestion that he is contradicting the facts of experience.

All he claims is that their stability is not static but dynamic. The quiet solidity of physical objects, he would say, reflects the coherence of uncountable myriads of events at the atomic or subatomic level, each of which, by itself, might seem almost unrelated to its neighbours in space or time.

For another and rather different illustration of dynamic stability, ask a television engineer to explain the patterns of light and shade that form the image on the face of a TV set. All that is happening on the screen, he will assure us, is but a succession of isolated sparks of light produced by electron impact; yet, because of the regularities in the program of signals controlling the intensity of the beam of electrons, these sparks fall into a coherent pattern, forming stable images of the objects we are watching, whether the scene is one of violent change or of perfect calm—or, indeed, whether it continues in being at all; all depends entirely on the modulating program. Any stability the picture has is a dynamic or contingent stability, conditional on the maintenance in being, and the coherence of the succession of event-giving signals.

I need hardly say that none of these examples of dynamic stability is meant as an explanatory model of our mysterious dependence on God as portrayed in the Bible. But if we ask the writers of the Bible what makes our world tick—the sort of question that underlies any attempt to build a science of nature—we will find them using remarkably similar language.

From the biblical standpoint, all the contents of our world, ourselves included, have to be “held in being” by the continual exercise of God’s sustaining power. In Christ, says Paul, “all things were created, in heaven and on earth, visible and invisible … all things were created through him and for him. He is before all things, and in him all things hold together” (Col 1:16–17).

Or, as the writer to the Hebrews puts it:

In these last days [God] has spoken to us by a Son, whom he appointed the heir of all things, through whom also he created the world. He reflects the glory of God and bears the very stamp of his nature, upholding the universe by his word of power. (Heb 1:2–3)

For biblical theism, then, it is clear that the continuing existence of our world is not something to be taken for granted. Rather, it hangs moment by moment on the continuance of the upholding word of power of its creator, as dependent on this as the picture on a TV screen is on the maintaining program of signals. 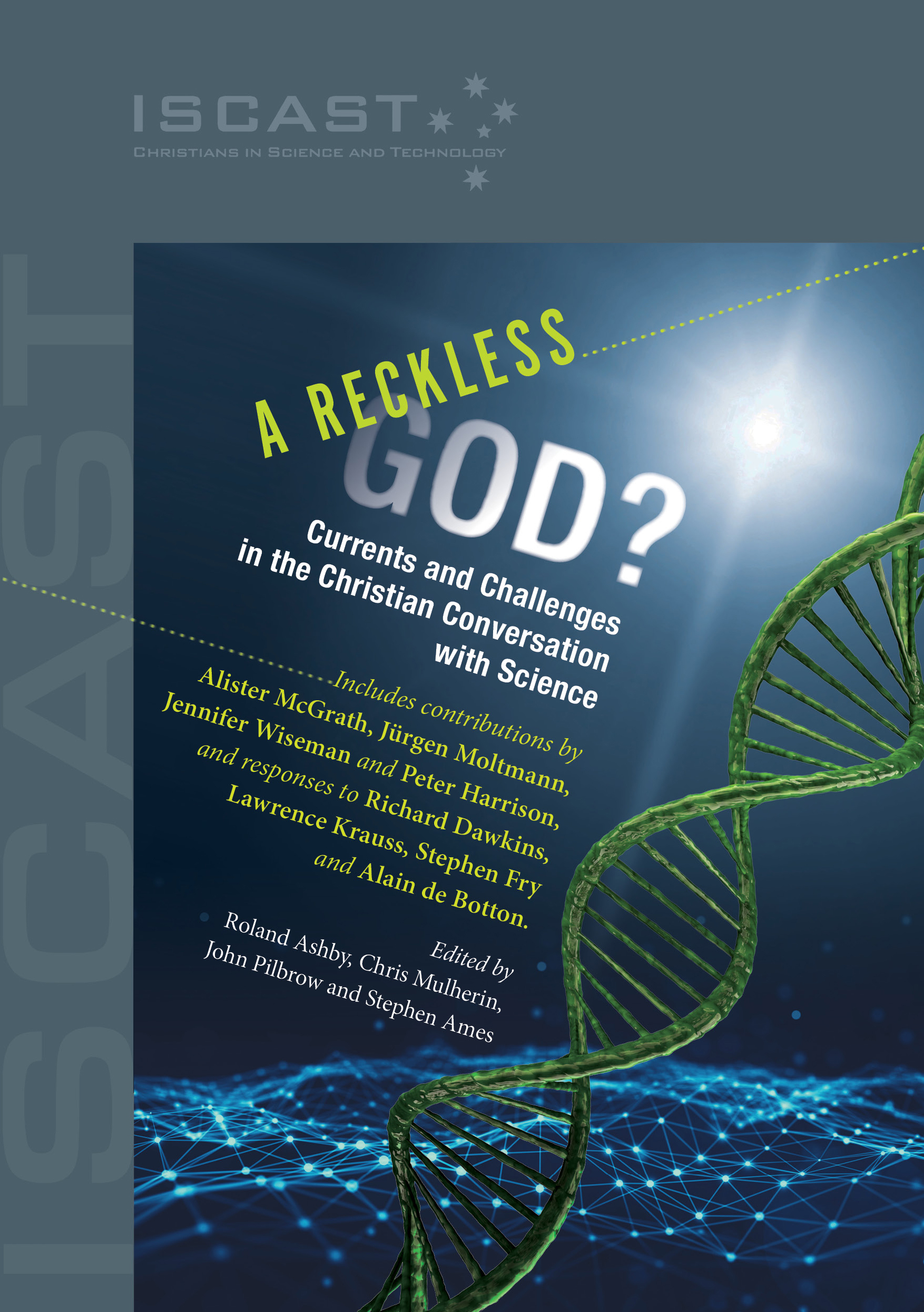 You can buy A Reckless God, and find out about the Australian organisation ISCAST: Christians in Science and Technology at www.ISCAST.org